There are all kinds of buddy movies. Buddy movies with a guy and dog are especially prevalent, as are buddy cop flicks. But there are also buddy lifeguard movies and buddy alien movies, among many others. Robot and Frank, the new film from first time director Jake Schrier, is, as you probably guessed from the title, a buddy movie between some guy named Frank and a robot. The sci-fi film opens on September 19th, and a new poster has just been released. 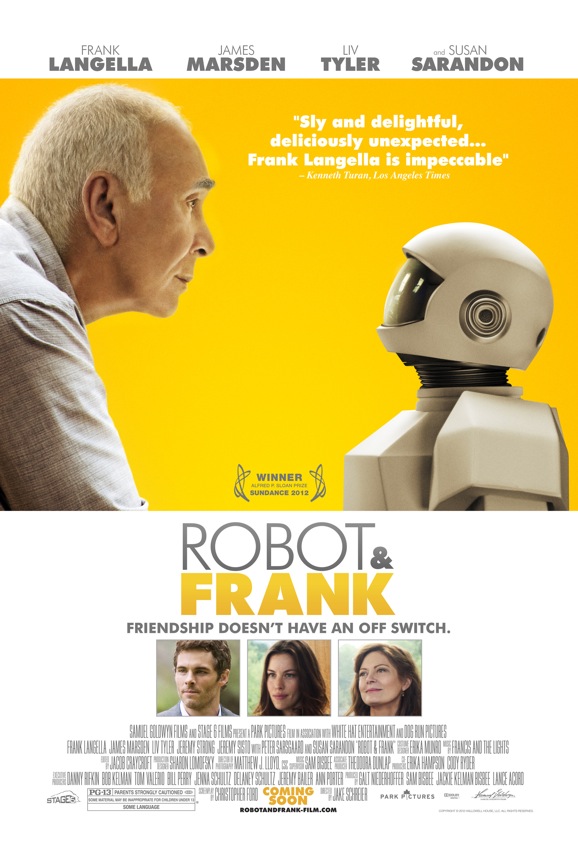 This is a simple poster. It doesn’t say much about the movie—other than there’s a guy and a robot, but didn’t you gather that from the title? It does, however remind me of Little Miss Sunshine for some reason. Probably just the bright yellow.

Robot and Frank takes place in the not-so-distant future where a curmudgeonly retired ex-cat burglar, played by Frank Langella, forms an unlikely bond with a service robot, voiced by Peter Sarsgaard. The pair attempts to mend Frank’s relationships with his kids—James Marsden and Liv Tyler—while simultaneously planning one last heist. He also tries to win the heart of a local librarian, Susan Sarandon. These two pals are going to be busy.

Recently there were some mixed reviews after the film screened at the Seattle International Film Festival, but overall the feedback has been fairly positive. Either way, Robot and Frank sounds like a fun enough idea. At least it could be an interesting take on a familiar and well-trod sub genre.