With only about a month until it hits theaters, Pacific Rim is probably one of the biggest question marks of the summer movie-going season. Yes, the movie features giant mechs called Jaegers battling giant sea monsters, but will that be enough to bring in hordes of people this July? Warner Bros. and Legendary Pictures are hoping so, and with a new international TV spot it looks like the movie just might be the giant spectacle we’re waiting for this summer.

Although the U.K. TV spot doesn’t reveal anything new, it features more footage of drift space, the process of syncing together humans with Jaegers so they can battle the monsters called Kaiju. There’s also an emphasis on Idris Elba’s character (who has one of the coolest names in science fiction), Stacker Pentecost, as he leads his troops into battle.

Warner Bros. and Legendary have also released new images from Pacific Rim, exclusive to Empire Magazine. We’ve already seen how big the Jaegers are in comparison to people, and we’re getting a look at the Kaiju’s scale as well. The next images feature more Jaeger-on-Kaiju action. Just based on everything we’ve seen so far from Pacific Rim, it really seems the only way to watch this movie is on a giant IMAX movie screen. Check out the new images below: After a dimensional rift opens at the bottom of the Pacific Ocean, horrifying creatures invade our planet to wreak havoc on our coastal cities. Humanity’s only hope is to build giant Jaegers to save the world from total annihilation. Each Jaeger needs two pilots working in synchronicity to control the giant robot’s movements, but when the Pan Pacific Defense Corps’ fleet is wiped out, two unlikely heroes, Raleigh Antrobus (Charlie Hunnam) and Mako Mori (Rinko Kikuchi), are the world’s only hope for survival.

Pacific Rim will hit theaters everywhere on July 12th, in 3D and IMAX. 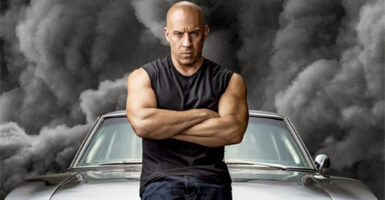 Fast & Furious 9: All We Know About The Fast Saga’s Next Movie 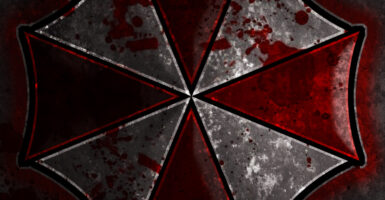