Outlander was a big hit for Starz when it debuted this past summer, and the network wasted no time in renewing it for season 2. New episodes don’t drop until next spring, but it’s never too early to start hyping your show, especially with a series with such a fervent fan base as this one. And that’s exactly what Starz has done, unveiling a harrowing new look at the upcoming episodes of Outlander.

In the service of transparency, I don’t get Starz and only had the chance to watch the first two episodes of Outlander during one of those free preview weekends the cable company had a while back, so I’m way behind, but there’s definite promise. All of the network’s hallmarks are present and accounted for: violence, romance, and steamy sensuality. Their biggest hit to date has to be Spartacus: Blood and Sand, another melodramatic period piece, and though there’s little in the way of surface similarities, they’re definitely on a familiar path.

Based on Diana Gabaldon’s massively popular series of novels, Outlander follows the adventures of Claire Randall (Caitriona Balfe). A former World War II nurse, when she is on vacation in Scotland with her husband (Tobias Menzies), she mysteriously falls back in time from 1945 to the 18th century Scottish Highlands. As you can imagine, this is quite a culture shock, and her life is threatened in a variety of ways that seem new and unusual to her. Forced to marry the chivalrous, not to mention dreamy, young warrior Jamie (Sam Heughan), the two embark on a passionate affair that, considering she’s already wed, leads to her feelings being jerked around in multiple directions.

From talking to people who watched the entire first season, Claire and Jamie are in some serious trouble when the final episode wraps up, which isn’t surprising to anyone, you have to leave your viewers wanting more and give them a reason to come back. From the look of this new footage, which admittedly isn’t too much, their situation hasn’t improved to any great degree. They’re still having all kinds of problems, and the drama appears to be ratcheting up a few notches, so fans will have that to look forward to, and it should be a lot of fun for those of you who are into this particular program. And who was that corpse laying on the ground? Are you in for shocking times? Most definitely.

Outlander returns to your TV on April 4, 2015, will you be watching? 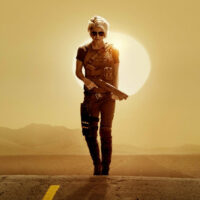