Here We Go Again: Is Netflix Really In Talks To Bring Us More Star Trek? In the aftermath of last weekend’s Phoenix Comicon, there’s been a rumor going around that Netflix has approached CBS Broadcasting, Inc. about producing a Netflix Original Star Trek series, and that they are now “in talks” to make it happen. But before anyone gets too excited (too late, I’m sure), the dude who was the original cited source for that rumor has stepped forward to say, “Hold your horses.”

The story can originally be traced back to a posting by a Google Plus page called “Starfleet Intelligence”, and claims that Star Trek author/producer Larry Nemecek broke the news about the proposed Netflix Trek project at the Phoenix Comicon. The deal would purportedly have Netflix handling all aspects of producing the show, with CBS getting royalties for every viewing over the new Trek’s episodes.

Just one problem: Nemecek says that’s not what he said. Over on his blog, Nemecek relays the limited information he does have, which was then apparently blown far out of proportion. Here’s Nemecek:

It’s in Netflix’s interest to be casting about for new shows — including those from known franchises. I understand Star Trek is one of them — especially as Trek’s 737 hours of ‘reruns’ performs as a top draw ON Netflix. As I understand it, there have been overtures. But none taken. So far.

That’s it, guys. I appreciate the pedestal, of sorts, but this excitable blogger makes it sound as if show budgets and writer’s guides for a done-deal Trek series are already floating around in CBS offices. Maybe they are — but not to my knowledge. We all know plenty of people in private and public have pitched show concepts and formats — and on a ‘channel’ that makes financial and distributional sense. And, we do know that one good way to help get Star Trek back is to keep those Netflix viewer ‘ratings’ tickers clicking right along marathon-style, as a barometer, to reveal any and all Trek shows being watched. But inertia and the unanswered questions of who, what, when, where, and how much have, so far, won out. Sadly.

This is, of course, not the first time rumors have connected Netflix and Star Trek; Netflix has become the go-to would-be savior for fans holding out hope that their favorite canceled shows might be resurrected. At one point former Trek producer Brannon Braga had even floated the long-shot possibility of Netflix bringing back Enterprise, which seems a lot more far fetched than a wholly new series.

But the idea of a new Netflix Star Trek series is certainly within the realm of possibility. With shows like Hemlock Grove, the upcoming Wachowskis/J. Michael Straczynski series Sense8, and the multiple interconnected Marvel shows in the works, Netflix has shown it’s not scared of genre material. And having resurrected Arrested Development, they’re apparently not averse to that sort of rescue mission either.

It’s inevitable that Star Trek will return to television at some point…or at least to short-form serialized storytelling. (We still need a better catch-all phrase for “TV” in an era where Netflix, Amazon, and others are becoming major competition for traditional and cable networks.) The simple fact that the media landscape is broadening would seem to increase Trek’s chances for a small-screen return: after all, somebody like Netflix might be more willing to take a gamble than one of the old guard. And while Netflix has previously shot down rumors that they would be interested in bringing back another fan-beloved property, Joss Whedon’s Firefly, a new Star Trek series would obviously be a much safer bet.

And then, of course, there’s the big question: when/if Star Trek does get a new series, what will that series look like? Will it be set in the original timeline, perhaps in the post-shows/post-movies era of Star Trek Online? Or will it be set in the “Abramsverse,” perhaps unfolding concurrently with the Enterprise’s big-screen adventures? I would bet on the latter, but who knows?

Honestly, I would not be at all surprised if we got an original Netflix Star Trek series at some point, because that would certainly be a fine jewel for the streaming provider’s ever-gaudier crown. But, like many a Star Trek rumor that has come before, this seems to be a case of somebody making a tribble-mountain out of a tribble-molehill. (Which, admittedly, is really easy to do.) 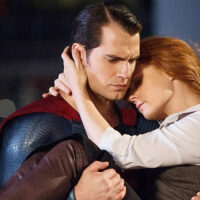