Neil DeGrasse Tyson Will Appear In The New Issue of Superman

Superstar (no pun intended) astrophysicist and director of New York City’s Hayden Planetarium Neil deGrasse Tyson will be featured in this week’s issue of “Superman – Action Comics Superman #14.” But not only did deGrasse Tyson make an appearance; he also helped research the storyline featured in the issue. DC Comics called upon his wisdom to help pinpoint Superman’s home planet Krypton and the Red Sun that it orbits. The story will figure into Superman’s origin and explore his home planet of Krypton. DeGrasse Tyson search far and wide for a star system that would closely resemble the one described in decades of Superman comic books. Although Krypton is fictional, a very similar star system can (or close enough) was found in the Universe.

Neil deGrasse Tyson chose the star LHS 2520 to be part of Superman’s home world. LHS 2520 is a red dwarf and rests at the southern constellation of Corvus. It’s a quarter of the mass of our Sun, a third its diameter, roughly half of its temperature, and is about 1% as bright. LHS 2520 is also about 27 light years away from our Milky Way Galaxy.

Red supergiants don’t work; they explode as supernovae when they are too young to have an advanced civilization rise on any orbiting planets. Red giants aren’t a great fit either; they can be old, but none is at the right distance to match the storyline. It would have to be a red dwarf: there are lots of them, they can be very old, and some are close enough to fit the plot.

This is one of those exciting instances when science fiction and science fact becomes one awesome thing. Plus Neil deGrasse Tyson is part of so it makes the situation so much better.

Superman – Action Comics Superman #14 was written by legendary comic book writer Grant Morrison with art by Rags Morales and Mark Propst. It will be available on November 7th 2012. 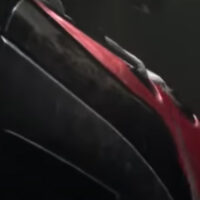 The Batman Beyond Movie: Incredible Fan Trailer Proves This Will Work