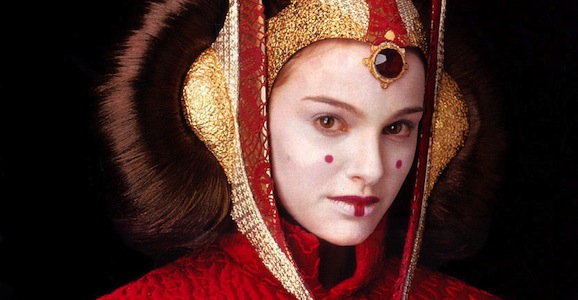 For an actor, having a signature, career-defining role, can be a double-edged sword. Sure, it means that you’re permanently part of the pop culture landscape, and no matter what happens afterwards, you will always be remembered. That can also be part of the problem. No matter what, you’ll always be remembered for that one part. If it’s good, you spend the rest of your career trying to out do what you accomplished earlier, and if it’s bad, that failure will dog you. Such is the case with Natalie Portman, who claims her role in the Star Wars prequels almost ruined her career.

Prior to landing the Amidala role in George Lucas’ much-derided trilogy, Portman only had a few, largely supporting roles on her resume. She did, however, show a great deal of promise and skill beyond her young years in Luc Besson’s modern action classic Leon: The Professional. She was on the way up, but her turns in The Phantom Menace and Attack of the Clones took her for a bit of a detour. These were big roles in movies that everyone saw, and she wasn’t particularly good. Granted, there are a great many terrible things in those movies, so it isn’t entirely on her, but her career took a hit.

Between 1999 and 2003, it was hard for her to get work. It wasn’t until Mike Nichols helped her get cast in Cold Mountain that she started to claw her way out from under the rubble. No easy feat, especially considering she still had Revenge of the Sith to deal with in 2005, but that was the start. Granted, at this time she was also enrolled in Harvard, which I imagine is time consuming and probably has something to do with her sparse acting endeavors. In her own words, she says:

Star Wars had come out around the time of [The Seagull], and everyone thought I was a horrible actress. I was in the biggest-grossing movie of the decade, and no director wanted to work with me. Mike wrote a letter to Anthony Minghella and said, “Put her in Cold Mountain, I vouch for her.” And then Anthony passed me on to Tom Tykwer, who passed me on to the Wachowskis.

Since then, Portman’s career has, obviously, taken off. She’s appeared in blockbusters like Thor and V for Vendetta, as well as indie fare like Wes Anderson’s The Darjeeling Limited and Hesher. She even took home an Oscar for her role in Darren Aronofsky’s psychological thriller Black Swan.

Her story shows that if you have talent and drive, you can dig yourself out of just about any hole. Portman’s prequel costar Hayden Christenson, on the other hand, has only dug deeper and deeper, and will forever be tainted by his time as Anakin Skywalker. Mark Hamill will always be known as Luke Skywalker, but people love Luke Skywalker. You kind of feel bad for Christensen because he’ll forever be remembered for ruining an iconic character.