NASA Is Sending A 3D Printer To Space Next Year

Say you’re on the International Space Station and you manage to break every single coffee cup on board. No one is mad at you for practical reasons, since drinking from a cup in space is more difficult than it seems. But one of the cups was for your fellow astronaut’s favorite sports team, and he’s been giving you the stinkeye all day. What are you going to do, call NASA and tell them to ship one up, ASAP? Nope.

You just print one out, that’s all. NASA teamed up with Made In Space Inc. out of Mountain View, California to bring 3D printing into outer space. They’re calling it the 3D Printing in Zero G Experiment, or 3D Print for short. It’s already been tested here on Earth in simulated microgravity, and now they’re getting ready to send the equipment to the International Space Station, which should happen at some point after certification next year.

NASA, already a government leader in engineering-based 3D printing, hopes for a future where entire spacecraft can be manufactured off-planet, saving on transportation and shipping. For smaller projects, they foresee a merge with robotics to allow for the construction of recyclable tools and temporary habitats for manned missions to the Moon, to Mars, or even asteroids.

Aaron Kemmer, CEO of Made In Space, is more particular with his goals. “The ability to 3D print parts and tools on demand greatly increases the reliability and safety of space missions while also dropping the cost by orders of magnitude,” he explains. “The first printers will start by building test items, such as computer component boards, and will then build a broad range of parts, such as tools and science equipment.” 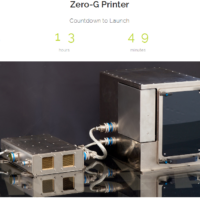 SpaceX To Bring Zero-G 3D Printer To The ISS 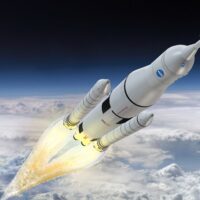 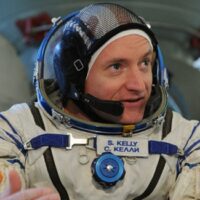