Movie Review: The Last Days On Mars Is Filled With Thrills You’ve Seen Before

Mars missions never seem to go well in the movies. 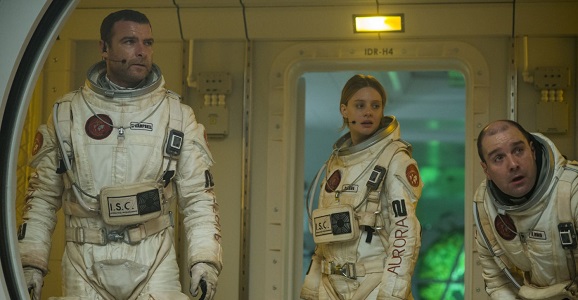 We’ve all had overwhelming waves of anticipation on the final day of work, school, or some other torturous activity, our lives headed to a different place than what we’re used to. It does no good to worry about the rare disaster that may occur, but shit happens. (There was talk of suspending much of my elementary class for playing “kissing truth-or-dare” on our last day.) The potential for failure skyrockets on the last day of a space mission on Mars, though. And if we’re using Ruairi Robinson’s cosmo-thriller The Last Days on Mars as the litmus test, things can go very, very wrong for people trying to leave Mars. And those situations can feel very, very derivative of so many films that came before it. So while it is a very well-directed film excelling in set design and gloomy atmosphere, it’s an altogether unsatisfying watch for someone expecting originality from the narrative.

An eight-person team is finishing up their tasks and preparations to head back to Earth after a months-long mission on the Red Planet. Headed by Brunel (Elias Koteas), whose authority is challenged by nearly everyone, the team includes the haunted but dedicated Campbell (Live Schreiber), the “everyone is a monkey on my back” Aldrich (Olivia Williams), the blonde Lane (Romola Garai), the high school coach Irwin (Johnny Harris), and the emotional hairpin Harrington (Tom Cullen). There’s also the non-white Dalby (Yusra Warsama), and you know what that means!

When we find out the petulant Petrovic (Goran Kostic) has an on-the-side research project that discovers the presence of living cells in Martian soil, it’s not even a third of the way into the film, and it still feels like almost anything could happen. There are tensions within the group, particularly between Aldrich and Brunel, and even though the pre-monster moments are completely devoid of humor or personality, they set up an interesting premise that pretends like it will produce its thrills from exploration and discovery.

But after the inciting incident occurs, thanks to an arbitrary natural disaster, the signs start to pile up that we’re watching something we’ve already seen before. A little more intelligence might have made the film’s antagonists more interesting villains, but it begins to take its cues from a “zombies in space” school of storytelling, where running around becomes the only option while all forms of meaningful dialogue are replaced by plot-furthering comments on the situations taking place.

Clive Dawson’s script was an adaptation of the Sydney J. Bounds short story “The Animators,” the narrative of which is roughly the second third of the film. I don’t want to knock Dawson for penning an acceptable stretched-out version of that story, but it was published in 1975, before Ridley Scott came in and made generations of future space films feel redundant with Alien. Beyond the horror, the story should have maintained a secondary level, hinted at in philosophical questions and Campbell’s claustrophobic flashbacks. Alas, none of that really pans out.

With that in mind, if one forgets that The Last Days on Mars actually premiered at Cannes and views the film with the specific mindset that this is a low-budget creature feature, it works a hell of a lot better, and is a near-perfect bookend to this year’s Europa Report, a movie that was heavy on ideas and light on action. Robinson is an obvious talent, and he’ll no doubt go on to make better movies. The U.K.-produced Last Days had a budget of $11 million, but I would easily believe it was made for three or four times as much, given the Hollywood standards.

But that’s what having a really resourceful director can do; a lot of the tension comes from the endless number of small rooms and corridors that the characters are running around in, balanced by the wide openness of Mars as a location, where hiding is nearly impossible. And while the chase sequences and attack scenes could have been shorter and more plentiful, they’re each handled with skill, particularly the first reveal of the threat, which utilizes the blinking emergency lights to up the ante.

One of the biggest compliments The Last Days on Mars earns is that the sets and props, which incorporate touch screens and tablets into the usual “knobs and levers” displayed everywhere, actually look of the times, and probably won’t feel outdated in 10-20 years, as opposed to any futuristic film where everything has a readout similar to a Commodore 64. I don’t know if the same can be said about the suits they’re wearing.

But just as I’ll be warming up to my lowered expectations, one of the characters will “remember” an escape solution that no one had thought to mention in the previous 20 minutes, and I’ll realize that characters have been running around Mars’ surface as if they were on Earth, and then I’m taken right back out of it. All of the performances here are fine, given these are all accomplished actors in their own right, which helps in putting up with some of the more obvious faults. Schreiber’s inclusion does feel a little weird, as if he didn’t know what he was getting into before it came out, but it’s his near-stoic demeanor that helps ground it all.

For all the familiar beats in the film’s middle, the final 15 minutes or so are more in tune with what the film should have been the entire time, as expectations are subverted and there are no happy endings. It doesn’t save the film from its clumsier moments, but it’s a nice change from something like Prometheus, which gets more and more ridiculous the closer it gets to the end. There are no space helmet bongs here, unfortunately.

The Last Days on Mars does not serve as a solid recommendation for every film fan out there, but genre fanatics will get infected by many aspects of it, especially Robinson’s direction. Now that his impressive short films have gotten him to the feature level, he can find a more original project to work on, like Ghosts of Mars 2. 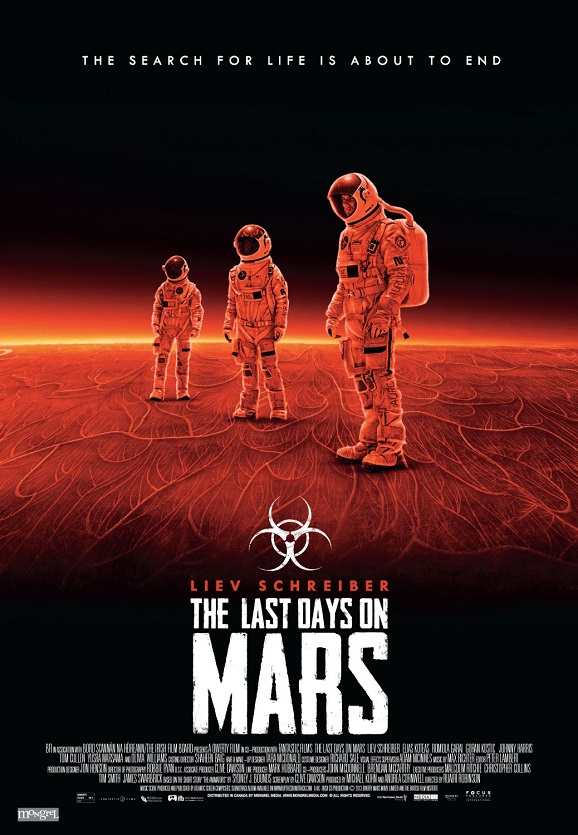