Minecraft looks like a fun little tool to play around with. I probably never will because I’m lazy and not particularly fond of, or good at, that sort of thing. But it’s totally entertaining when other people put it to good use for my amusement. Otherwise we would never wind up with stuff like this video, wherein a user totally recreated the “Battle of Hoth” from The Empire Strikes Back, which is an excellent use of this technology.

This clip took over two months to set up and design, with another week’s worth of shooting and syncing with the soundtrack from Empire. That’s more time and dedication than most of us have, but it’s a good thing someone has the freedom to do stuff like this.

While this is pretty badass concept and execution, it goes on for a while too long. You get the point, which is a shot-by-shot recreation of the original scene, but it is difficult to watch the entire six-minute video.

Here is what the creator, Paradise Decay, has to say about the vid:

Everything in the video has been built by hand using the 1.4 snapshot. I have tried to re-create the Hoth sequence to the best of my knowledge including some of the highlight scenes from the movie. No special effects or mods have been used….. its all vanilla! The lasers we’re created using dispensers firing fire charges.

Paradise Decay is the same guy responsible for the “Trench Raid” video that made the rounds last year. Somehow that one is more watchable than the “Battle of Hoth” clip. “Hoth” is just a little too bright, too much white blasting you in the face, while “Trench Raid” is more muted and tolerable to the eyes. Check it out: 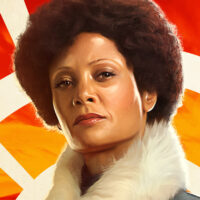 Star Wars Committed To Having A Woman Of Color Lead The Franchise?

Pedro Pascal Wants The Mandalorian To Make A Change For Diversity?