It was only last week that we reported the big news that Microsoft had recruited Ridley Scott to develop a new Halo project for the Xbox Live service. That was on top of an earlier, already-in-the-works Halo series that Steven freakin’ Spielberg is producing. Well, now Microsoft has demonstrated its commitment to original programming that isn’t based on their best-selling game series. The Hollywood Reporter says that Microsoft is teaming with the U.K.’s Channel 4 to develop Humans, an eight-episode, hour-long series about “humanoid robot workers.”

Humans is actually based on a show that already exists: the Swedish sci-fi series Real Humans, which premiered in January 2012. It’s set in an alternate reality where humanoid robot servants are all the rage. They’re also given the name “hubots,” which just smacks of somebody trying too hard to create some nifty sci-fi fake slang. I do, however, approve of the derogatory term for the hubots being “pacmans.” Wokka wokka wokka wokka…

The Swedish series is being adapted by British writers Sam Vincent and Jonathan Brackley, who previously wrote for the spy series Spooks (redubbed MI-5 here in the States). Channel 4 head of drama Piers Wenger said, “In Humans, Sam and Jon have not only crafted an ingenious and imaginative thriller, they’re also asking big, thought-provoking questions about how we live.”

The Hollywood Reporter says the core story will involve a “strained suburban family” who “purchases a refurbished synth only to discover that sharing life with a machine has far-reaching and chilling consequences.” Well, that’s certainly ominous.

Xbox Entertainment Studios president Nancy Tellem told THR, “Humans not only questions personal relationships, we loved how this sci-fi show toys with reality and our connection to technology.” Even though science fiction has been exploring the topic for decades, there’s still plenty of dramatic potential to be explored, especially since notions of artificial intelligence are undoubtedly going to be staring us down in coming decades. And Almost Human recently demonstrated that you can still tell entertaining stories even in this well-mined subgenre. In fact, could Microsoft just steal Almost Human before Fox cancels it and air that instead? I kid. Mostly.

Casting for Humans will begin next month and the show is scheduled to go into production this summer. There’s no word at this early stage when the show might actually premiere on Xbox Live. The same can be said for both Halo series, so I wouldn’t expect to see Microsoft rolling out any of this content until 2015 or so. Either way, it’s interesting to have yet another player entering the scripted-content game, especially since they’re so far focusing heavily on science fiction. Hey, Syfy? Are you paying attention or do you have the wrestling turned up too loud? 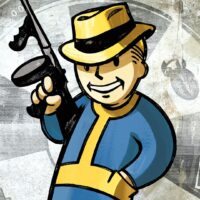