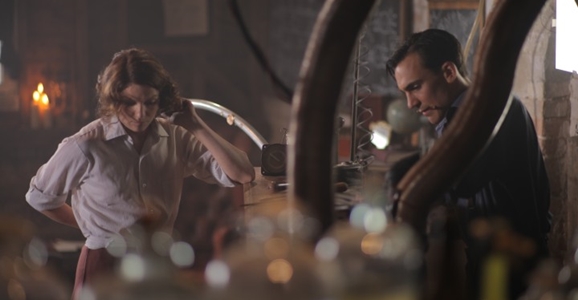 The Final Scene in Dimensions: A Line, A Loop, A Tangle of Threads
Many movies about time travel spend the bulk of their screen time trying to explain the methods behind the time traveling so that viewers of all intelligence quotients can at least try to understand what’s going on. But the best films of that sub-genre assume all disbeliefs are already suspended and tell an interesting and fleshed-out story that just happens to have time travel woven into its fabric. The U.K. indie drama Dimensions, from director Sloane U’Ren, is essentially a story about longing and friendship that revolves around the main character’s overbearing drive to find a way to travel back and once again see his lost childhood love.

As it takes place in the 1920s, this isn’t a film weighed down by flashy special effects and CGI wizardry. It’s a character-driven tale that puts viewers in the shoes of its emotionally driven young scientist lead, and while the entire film is quietly melancholic and contemplative, the final scene of the film is a hoot, shifting the tone for a much lighter and humorous wrap-up that manages to come out of left field while still staying true to the story. You might see it coming, but you won’t be disappointed in how it comes together. It’s “about time” a time travel movie leaves me just as pleased with the ending as I was with the beginning. 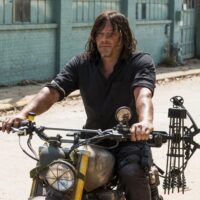