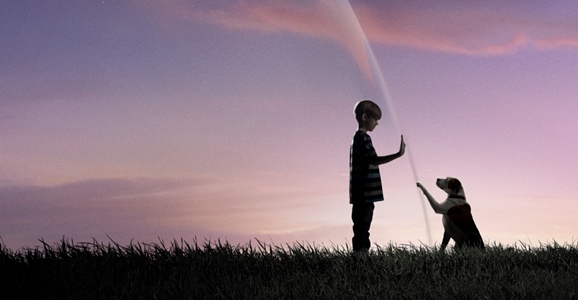 Every Time an Episode of Under the Dome Ended
The rare TV series that inspired such lofty hopes and expectations within me, CBS’ Under the Dome could have been a massively interesting tale of a town gone insane in the wake of a strange phenomenon. Adapted from Stephen King’s 1,088-page tome of the same name, the series had the genius of comic writer and Lost writer Brian K. Vaughan working the scripts, and a cast that included Breaking Bad badass Dean Norris and a bunch of other talented actors. So why, at its best, did it only come across as a really expensive high school drama production?

For one, the cast seemed to have only gotten a hold of the terribly corny scripts on the day of filming, as the performances were as stilted and wooden as…well, wooden stilts. Once the mysterious dome landed around the town of Chester’s Mill in Maine, fear and stress set in, but it was all squandered as a completely unrealistic series of events transpired. Every one of the first season’s 13 episodes would have been completely undone if the town’s citizens would have just sat down and had conversations rather than angrily avoiding all forms of sensible communication. I waited it out to see if the show would ever get better, but it only got worse somehow, replacing all forms of tension with hammy line readings and baffling character motivations. I don’t think my DVR would allow me to record next season’s episodes even if I wanted it to.