With the one-year anniversary of the release of Mass Effect 3 fast approaching, BioWare is putting its final touches on their ambitious, sprawling space saga. The future of Mass Effect is inevitable but undefined, but there are still a few more adventures left to have. The massive Citadel single-player DLC is set to arrive on March 5th, but the game is also getting one last expansion for its surprisingly entertaining multiplayer component as well. Mass Effect 3 – Reckoning will be available for download free of charge tomorrow, February 26th, for Xbox 360, PlayStation 3, and PC. Here’s a rather badass trailer featuring angry Krogan, big damn Geth, and what I’m pretty sure is an “omni-crossbow.”

There’s a lot to take in there, but thankfully we’ve got some specifics about what to expect from Reckoning, courtesy of IGN. As with the previous multiplayer packs, it will unlock new playable character types, as well as new weapons. On the character front, you’ll be able to add the Geth Juggernaut, Female Turian Raptor, Talon Mercenary, and Alliance Infiltration Unit. Based on the vid, I’m guessing that last one is the android body sported by the A.I. EDI in the third game. Reckoning will deliver seven new weapons, including the Geth Spitfire Assault Rifle, Venom Shotgun and Lancer Assault Rifle, plus new equipment and weapon mods like the Geth Scanner and Assault Rifle Ultralight materials.

If you’re not into the multiplayer content, you’ll only have to wait another week to play the Citadel DLC, and it’s a whopper. 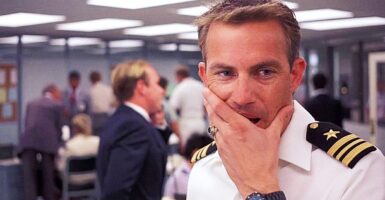 A Kevin Costner Sequel Was Canceled For A Tragic Reason