Mass Effect 3: Citadel DLC Launch Trailer Has Everybody On Deck

BioWare had said that the final single-player DLC pack, entitled Citadel, would have “all hands on deck.” The expansion requires two separate downloads for the Xbox 360 version, so clearly that applied to the sheer size of the DLC compared to earlier expansions, but there’s more to it. Citadel released today, and now the launch trailer has confirmed that players will get to catch up with pretty much all the (surviving) crewmates who fought alongside Shepard throughout the trilogy. Check out the trailer below.

In addition to adding one last single-player adventure for Shepard and company to undertake, Citadel also adds new content such as an in-game casino, a training arena, and new living quarters for Shepard on board the massive space station. Aside from just giving your Shepard a place to putter around, the quarters will give players the chance to “see the characters you have known for years and rekindle romances.”

Obviously Citadel, like all the previous DLC, has to play out prior to the events of the game’s ending, but it was always a real long shot that BioWare would release any content that extended beyond that climax (at least not until Mass Effect 4).

Mass Effect 3: Citadel is now available for the Xbox 360, PlayStation 3, and PC. 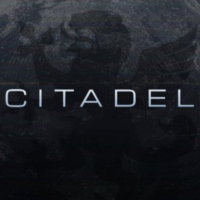 Citadel – All We Know About The Russo Brothers Amazon Series