Making Of The Empire Strikes Back Documentary From 1980

The year was 1980, and the most anticipated film of the year (and perhaps the decade) was the sequel to Star Wars, The Empire Strikes Back. All these years later, a documentary on the making of The Empire Strikes Back made for Dutch TV has popped up on the Internet for all to enjoy. The quality is what you’d expect from a 1980 VHS tape, but the content is fascinating. Check out the 15-minute documentary (in two parts) below:

The documentary is in another language because it was made for Dutch TV, but luckily The Empire Strikes Back was an American production so everything else is in English. It’s interesting that everyone who was part of the production refers to Star Wars as a fairy tale rather than science fiction. That idea seems pretty consistent, from director Irvin Kershner to producer Gary Kurtz. This could explain the broad appeal of Star Wars, which has almost certainly roped in more “non geeks” over the years than, say, Star Trek. At the very least, Lucas’ universe tends to have less technobabble. [Not that we don’t enjoy a good bit of technobabble now and then. – Ed.]

This documentary is something special. It’s a piece of movie history and an intriguing “look back” to another era of movie-making and science fiction. Star Wars changed the way Hollywood did business and the way audiences watch science fiction films, and it affected countless young people’s imaginations. Luckily, the sequel was (arguably) better than the original and audiences wanted more from the Star Wars universe.

For more info on the Dutch documentary on the making of The Empire Strikes Back, check out MintInBox.net for the complete story. 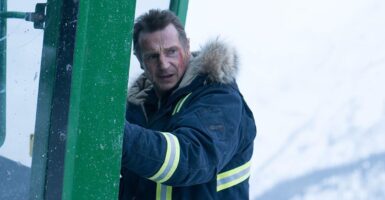