This has been a Looper heavy week in terms of trailers. Yesterday brought us the international peek at writer/director Rian Johnson’s time travel actioner, and today delivers a look at the stellar new theatrical trailer that will accompany The Amazing Spider-Man. If you weren’t already psyched for Looper, then this trailer might just do the trick. It makes me want to run out and see this right now.

Early on in this video Joseph Gordon-Levitt learns an important lesson: even if he’s your future self, you don’t fuck with Bruce Willis. At this point in the game you’d think that truth would be self-evident.

In the future, time travel has been invented, but is illegal. That doesn’t stop organized crime from using it to their advantage. When they need to disappear someone, they simply send them back in time, where a hit man—called “loopers”—takes care of the problem. Gordon-Levitt plays Joe, one of these specialized assassins in the past. He’s carved out a nice niche for himself, he’s making money, but things go awry when he goes to kill his next target only to come face to face with himself.

This trailer is similar thematically to the one that showed up yesterday, but this new version features a bunch of different scenes and new footage. And while the international trailer is really just an extension of the teaser that’s been out for a while, this feels separate and fresh. There is a lot of exposition going on. At times it may give away too much, and be too obvious spelling things out, but the action, and that opening exchange between the two leads, should stir something in your adrenal glands. 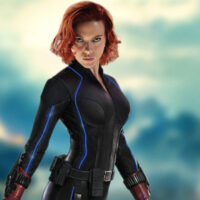