The Logan’s Run remake is one of those science fiction properties that seems to have been in the works, under one creative team or another, damn near since the original movie came out back in 1976. Since the early ’90s, various versions of the project have come and gone, with people like Joel Silver, Bryan Singer, Alex Garland, and Nicolas Winding Refn, all having their turn at bat. In August 2007, it was director Joseph Kosinski’s turn, with screenwriter Timothy J. Sexton (Children of Men) on board to write the script. Unfortunately, just like all the others, we never got to see his version of Logan’s Run. But thanks to this concept art, we can see a bit of what might have been. 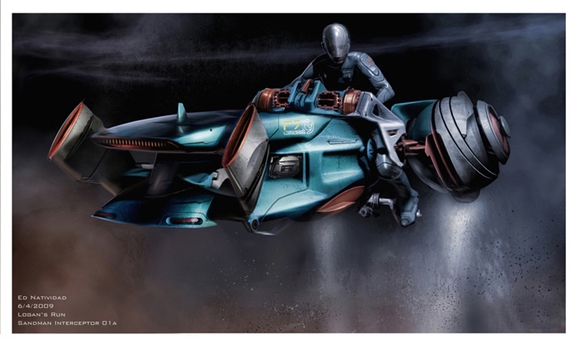 The three images accompanying this piece were all created by conceptual artist Ed Natividad, representing potential looks for the film’s “Sandmen,” as well as their Interceptor vehicles. If your knowledge of Logan’s Run is a little rusty, here’s the gist. The story began as a novel penned by William F. Nolan and George Clayton Johnson, originally published in 1967. It imagines a dystopian future where mankind gets to live carefree, hedonistic lives…but only until the age of 21 (in the movie it was raised to 30). As a means of population control, once you, hit 21, you must report to special centers where you will be painlessly euthanized. Needless to say, this system sounds great until that final birthday appears on the horizon. So some people choose to run, and the people who track down and capture those fugitives are the Sandmen. 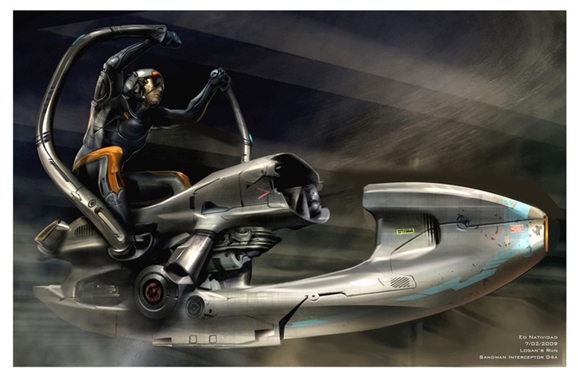 A Logan’s Run reboot actually has the potential to be really good, especially since I’m sure the original film is only sliding deeper into obscurity among the younger generations. An update could bring us an exciting new vision of that future society, as well as possibly exploring some of the material included in the book (and its two sequels, Logan’s World and Logan’s Search) but not in the movie. And damned if I wouldn’t love to see what Natividad’s Sandmen look like in action. 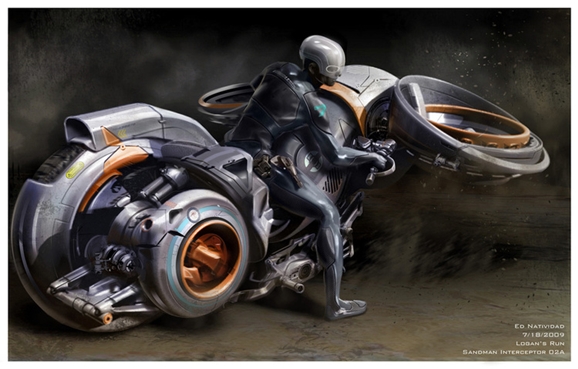 Sadly, Kosinski’s Logan’s Run wound up dead on its feet and the director moved on to Tron: Legacy. As it happened, Natividad went with him, working on Legacy and then again with Kosinski on Oblivion.

Some of the last movement we heard from the Logan’s Run project was when BioShock creator Ken Levine was hired to write a new script for Warner Bros. Hopefully it will happen, eventually. Even if we remain a little pessimistic about this possibility, we’ll cling to the hope that there will be Sanctuary out there somewhere…