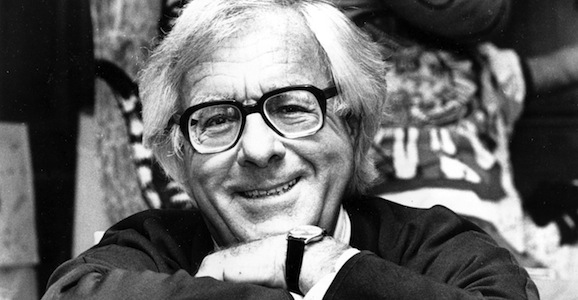 If you’re like us, you miss bedtime stories. Watching TV until you fall asleep is all well and good, but neither that nor reading to yourself really cuts it when it comes to this arena. Audiobooks are about as close as we’ve get to this, and while it’s always nice to hear the soothing, dulcet tones of the readers, it’s so much more awesome when the action is narrated by some random celebrity. And in that spirit, we recently came across a stockpile of Ray Bradbury short stories as read by none other than Leonard Nimoy. That’s right, Spock is here to read you an awesome sci-fi bedtime story (you don’t have to listen to them while heading off to nappy time, but you can bet this combo will lead to some crazy ass dreams).

These stories come from Bradbury’s vaunted collections The Martian Chronicles and The Illustrated Man. In the mid-1970s, these two sci-fi icons got together, and the result was a pair of records, each with two stories from each book—one on each side of the album—that combine these two distinct and beloved voices from the genre.

First up is the short story “There Will Come Soft Rains.” The narrative follows the exploits of an automated house that cooks, cleans, and attends to every conceivable need of the family, only on this particular day in 2026, something has gone horribly wrong and the family is nowhere to be found.

“Usher II,” also from The Martian Chronicles, is up next, and also revolves around a house. This time it’s a haunted house built on Mars, and based on creepy stories like those of Edgar Allen Poe and Alice in Wonderland. There are robot apes, Investigators of Moral Climates, and it even touches on similar themes as Bradbury’s masterpiece Fahrenheit 451, what with the book burning and all.

From there we move onto The Illustrated Man, and the story “The Veldt.” In yet another automated future home—Bradbury definitely had a running theme, as well as predicting the way many of our dwellings are going—this story follows a family trying to rip off the Band-Aid of reliance on technology, with some harrowing results. There are lions.

And we’ll round out our collection with “Marionettes, Inc.” Tracing the arc of a two people trapped in loveless marriages, though unwilling or unable to extricate themselves, they discover the possibility of replacing themselves with “marionettes,” robots designed as temporary replacements for people. Themes of identity, artificial intelligence, and more similar ideas abound.

And just for the hell of it, here’s Nimoy singing his mega hit, “The Ballad of Bilbo Baggins.” Enjoy.