This weekend Hot Tub Time Machine takes time travel to new, relaxing heights by reducing bending the laws of space and time to a wild night drunk and naked in some bubbles. For today’s stylishly lazy slacker, time travel is only worth the trouble if it doesn’t take much effort. So what if you to visit the future and pick up one of those sweet flying cars but don’t want to have to put forward more effort than it takes to open a can of Pepsi? Don’t worry, science fiction history is full of easy, effort free ways to leap through time and watch your conception. Here’s 8 simple ways to become your own grandpa. 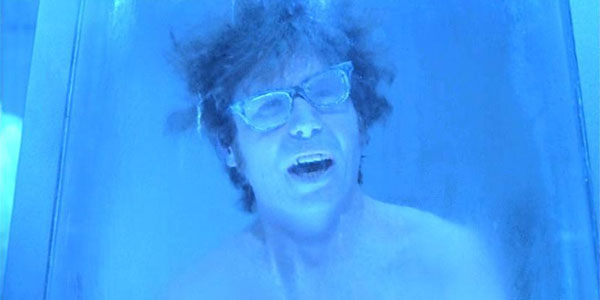 Get Frozen: It’s the next best thing to time travel by nap. Cryogenics is a tried and true staple of the time traveling genre. Freeze yourself and you’ll end up in the future. It was Cryogenics which accidentally brought slacker pizza delivery boy Philip J. Frye into an awesome, talking head future on Futurama. Of course it’s also responsible for Khan Noonien Singh, the genetic badass from the past who stuck a bug in Chekov’s ear while releasing his wrath during Star Trek II. You hop in a box, put your head on a pillow, get kind of cold, fall asleep, and when you wake up Taco Bell rules the world. Sure you might from the on out have a little trouble controlling the volume of your voice, but that’s a small price to pay for all the juice you can wheeze.

Ride A Time Jumping Island: All that time travel on Lost may look like kind of a pain in the ass, but it’s only because Jack and the gang don’t know how to relax. Sure you could run around the jungle pissing off the smoke monster, but if you’re on a time traveling tropical island, why not set up a lawn chair on the beach and wait for Kate to run by in a bikini instead? It’s a safe bet to assume that somewhere on the island there’s a supply of Dharma Mai Tais. Mix up a batch, fire up some Jimmy Buffet, then relax on the sand and embrace life as a time-traveling beach bum. 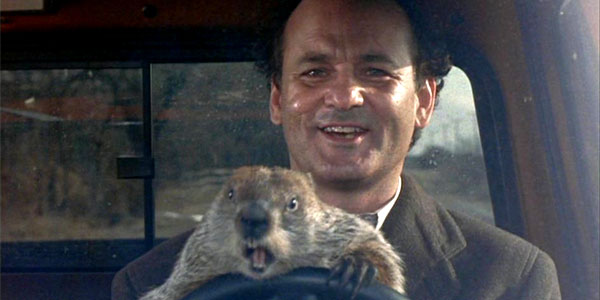 Be A Dick: We never really know exactly what it is that sends Bill Murray’s Groundhog Day character Phil back in time to repeat the same day over, and over, and over again. But near as I can tell, it’s mostly because he’s a dick. Let’s face it, being a dick can be kind of fun. If mocking old ladies and pushing dudes into puddles will give me the ability to time travel, then count me in. Quantum Leap had it all wrong. Master the universe by being one of the most loathsome members of the human race. Travel through time with the Bill Murray method and when you’re finished, simply tongue Andie MacDowell back when she was still hot, and you’ll find yourself back home. What’s all this bullshit about setting things right? Screw you Sam Beckett. 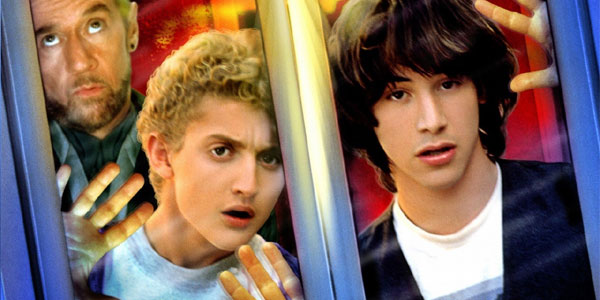 Make A Call: If you want to know when the Mongols ruled China, just make a call. In Bill & Ted’s Excellent Adventure time travel was so easy, even a couple of idiots could do it, and did. A phone booth falls out of the sky, you dial a number, and suddenly you’re hanging out with Socrates learning his most excellent method. Sure a lot of work probably went in to making these time traveling telephones, but the guys who made them don’t seem to want anything in exchange for their use except a quarter. Dial up Lincoln and plan an outing at the food court, but leave that short dead dude Napoleon where he belongs, in the past. 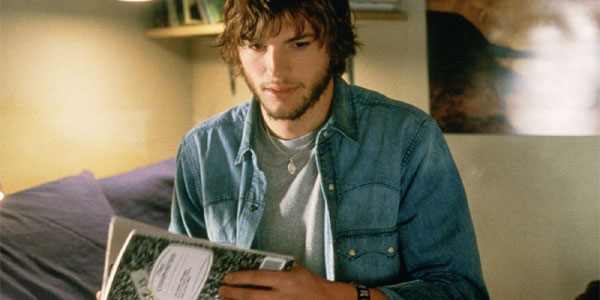 Read Your Journal: In The Butterfly Effect Ashton Kutcher plays a guy who can travel back in time simply by reading his diary. Even more surprising, Ashton Kutcher can read. Granted, time travel through reading seems to result in a pretty terrible headache, but as long as you’ve got a bottle of Advil it’s a minimum effort way to change your past. There’s no slingshot around the sun or complicated, outer-space singularity required. All you need is a third-grade education and a lifelong habit of taking extensive notes. Just be careful where you step, the butterfly you crush today could be your uncle tomorrow… or something. 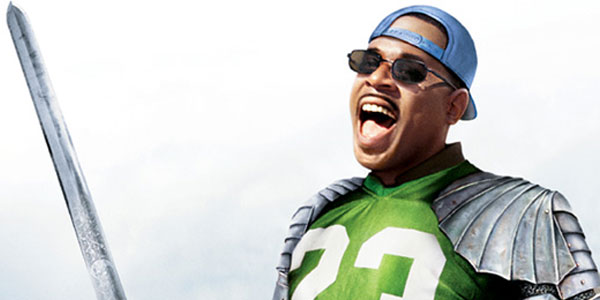 Find A Shiny Medallion: In Black Knight Martin Lawrence is the janitor at a medieval theme park. He’s basically a loser slacker who, stumbles on a medallion in the park moat and is instantly transported back in time to England where his life is suddenly awesome. Science? Who needs it. Why spend the time and money necessary to invent a flux capacitor when you can get a minimum wage job, fall in some water, and wake up as Sir Lancelot? All you really need for time travel is bad balance and a pair of floaties. Wet medallion. It’s the slacker way to leap through time. 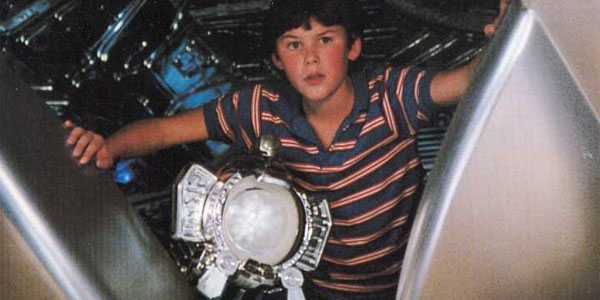 Get Kidnapped by Aliens: In Flight of the Navigator 12-year-old David falls in a 1978 ditch and when he wakes up a few hours later it’s 1986. Though the world has moved on, for him no time has passed, and it’s all thanks to alien kidnappers who whisked him away in stasis for further study and then dropped him back on planet Earth when they were done probing him. David on the other hand, remembers nothing, so there’s no anal probe trauma to deal with. It’s really the laziest way possible to go, the time traveling equivalent of sticking out your thumb and hitching a ride. As a bonus, this time traveling method often results in time spent flirting with a twenty-year-old Sarah Jessica Parker. Worth it. 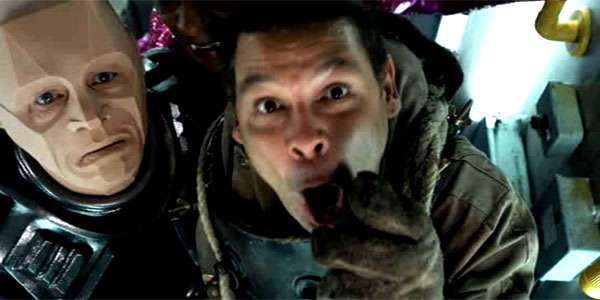 Disobey Orders: Dave Lister is laziness given form, so when he travels three million years into the future, you know it didn’t take much effort. On Red Dwarf he disobeys orders by smuggling a cat on board, and as punishment he’s thrown in stasis. There’s an accident, everyone else on board ends up dead, and it’s three-million years before anyone bothers to let him out. Later in the series Lister does a lot more traveling, using such vague devices as a “time hole”. Mostly, time traveling for Dave Lister seems to involve forgetting to duck. If you’re looking for a way to go back in time to talk John F. Kennedy into assassinating yourself, then disobey orders and tag along with Dave.