French filmmaker Chris Marker has died at 91, the day after his birthday. Marker is most well known for his 1962 science fiction short La Jetee, which served as the inspiration for Terry Gilliam’s 1995 time-travel jaunt 12 Monkeys.

You can watch La Jetee below.

Famously private about his personal life, Marker was part of the “Left Bank Film Movement” that included directors like Agnes Varda, Alain Resnais, and Henri Colpi. A philosophy student and member of the French resistance during World War II, Marker worked as a film critic and journalist, including for Andre Bazin’s legendary French film magazine Les Cahiers du Cinema. His first film, Olypmpia 52, was a documentary about the 1952 Olympic Games in Helsinki.

La Jetee is a story of post-apocalyptic time travel that examines ideas of memory, death, time, and attempt to correct a mistake. The film is famously composed almost exclusively of still photos. Only one sequence is shot on film, which Marker claimed was because he could only borrow a movie camera for a limited time.

Beyond La Jetee, Marker had a long and prolific career, one that extended well into his 80s. Subjects ranged from Japanese director Akira Kurosawa (AK), to the 1968 uprisings in Paris (A Grin Without A Cat) and his cat, as well as more experimental turns, like Sans Soleill. Later in his career, Marker explored the possibilities of digital media, which led to the interactive CD-ROM Immemory. He said the disc would be a “’guided tour’ of a memory, while at the same time offering the visitor a chance for haphazard navigation.”

Marker leaves a deep impression on the current landscape of cinema. His influence can be felt in any number of current mainstream filmmakers, including David Lynch, Christopher Nolan, Richard Linklater, and many more. He is one of the greats. 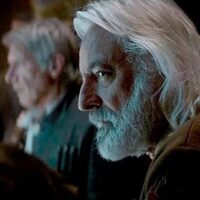