The author would have turned 85 this week. 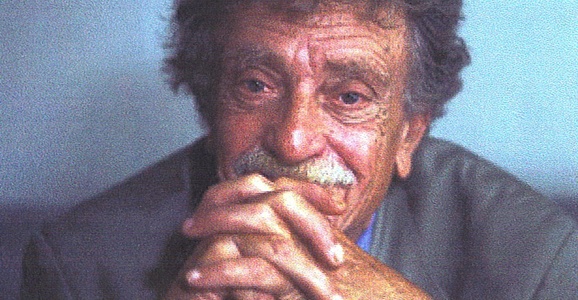 Kurt Vonnegut often wrote science fiction, but you don’t often hear him described as a “science fiction writer.” That’s because many of his works, even those packed with science fictional ideas, won widespread critical praise as “Literature” in a time when science fiction was often dismissed as kid’s stuff, somehow less worthy of examination than more mainstream fare. But however you care to label him, Vonnegut’s wondrous imagination spun stories unlike anyone else’s, tackling science fiction notions such as time travel and using them to examine concepts such as free will with great insight and a pitch-black sense of humor.

Vonnegut passed away in 2007, but he would have turned 85 this week. And unlike some ivory towers out there, we here at GFR are all about the science fiction, so we decided to celebrate some of Vonnegut’s most interesting SF ideas. “All of this happened, more or less…” 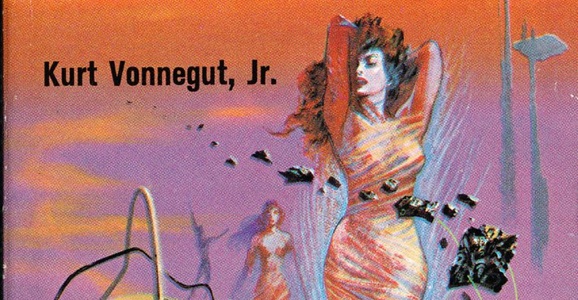 The Sirens of Titan
We could have easily just made a list of “Kurt Vonnegut’s Best Science Fiction Books,” but instead we wanted to zero in on some of the specific ideas and creations he served up over the years. And I think Vonnegut would have appreciated that we’re beginning this list by immediately doing the thing I just said we wouldn’t do. While The Sirens of Titan has all manner of crazy SF ideas packed into it, the book is uniquely fascinating for a couple of reasons. Only Vonnegut’s second published novel, Sirens is unabashedly science fiction: it involves aliens, robots, interplanetary war, seeing into the past and future, and assorted jaunts around the solar system. It’s crazy, frequently funny, and, because it’s Vonnegut, all the genre trappings are draped over a narrative that reflects his own fatalistic thoughts about life and death.

Sirens plays like a sort-of retelling of the Bible, all dressed up in space clothes. Unsurprisingly given his history of tragedy — his mother’s suicide; the deaths of his brother-in-law and sister, only two days apart — Vonnegut had a few strong opinions about god, religion, free will, and the rest. His view of a random and apathetic universe is on display throughout Sirens, which, among other things, introduces the Church of God the Utterly Indifferent. (“I was a victim of a series of accidents, as are we all.”) If that sounds very much like a Douglas Adams kind of idea, that comparison comes naturally — Adams cited Sirens as a major influence on his Hitchhiker’s Guide to the Galaxy books. Even if Sirens isn’t Vonnegut’s best work, that legacy alone would make it a shoe-in for this list.

Mankind flung its advance agents ever outward, ever outward. Eventually it flung them out into space, into the colorless, tasteless, weightless sea of outwardness without end.

It flung them like stones.
― Kurt Vonnegut, The Sirens of Titan