Would You Kindly Check Out This Gorgeous BioShock Concept Art? 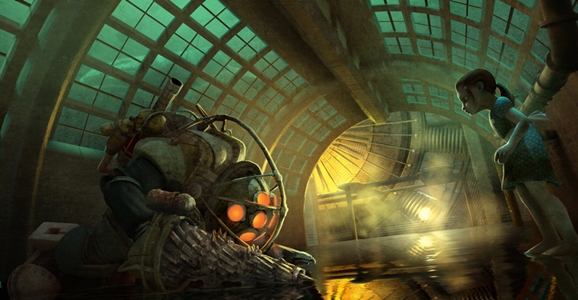 Gore Verbinski’s BioShock movie will always be a one of the great “one that got away” Hollywood stories. First announced back in 2008, Universal Pictures’ adaptation of the critically acclaimed BioShock had all the promise to be one of the first truly great video-game movie adaptations. Universal hired Gore Verbinski (Pirates of the Caribbean franchise) and allotted a budget of $200 million to make an R-rated BioShock movie. Sadly, the project was eventually scuttled, which is why we love this gorgeous concept art from Verbinski’s aborted BioShock, but it also makes us want to smash up the place like an irate Big Daddy because we didn’t get to see any of this on the big screen. (You can click each of the images to see larger versions.) 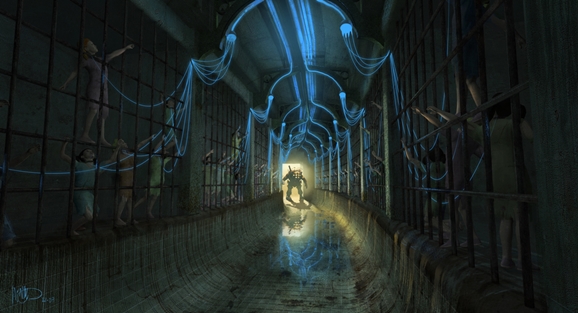 The beautiful, moody art is the work of Kasra Farahani, a conceptual illustrator who has worked on films such as Thor, Men in Black 3, and Star Trek Into Darkness. The art was shared on Farahani’s website, and while the artist doesn’t provide much information about the images, they are set in one of Rapture’s power stations and focus on BioShock’s iconic “Big Daddies,” lumbering brutes in diving gear and sporting massive drills on one hand, and the “Little Sisters” they serve to protect. If you’re not familiar with the game, the Little Sisters are genetically altered children who have been artificially designed to gather the powerful substance ADAM from the corpses that litter the halls of Rapture in the aftermath of the would-be underwater utopia’s descent into madness and violence.

With a complex, mature storyline to work off of and the decaying underwater city of Rapture to explore, the BioShock movie could have served as a proof of concept that video-game adaptations can make for stellar movies, if the right talent and approach is applied. Unfortunately, Verbinski’s BioShock movie was killed by an unexpected foe: Zack Snyder’s Watchmen. When that film underperformed at the box office, Universal allegedly got cold feet at the idea of greenlighting another pricey R-rated film and asked Verbinski to trim the budget back to a mere $80 million. Verbinski balked and bailed — and we don’t blame him — opening the way for Universal to bring in director Juan Carlos Fresnadillo (28 Weeks Later). With the project in turmoil and hampered by a severely reduced budget, BioShock creator Ken Levine eventually killed the project entirely. At least we can still drool over these visual reminders of what could have been. 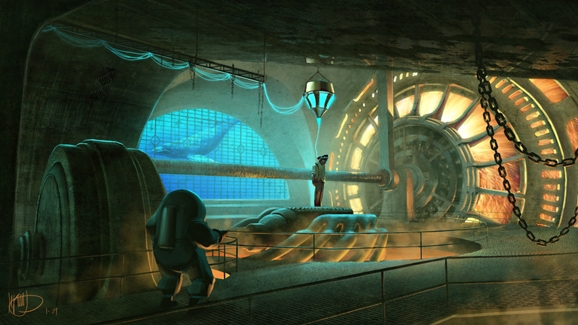