Community fans rejoice, and rejoice some more! Technically you don’t have to follow Community to be excited about this, but it seems like a natural place to begin. I mean, obviously Whovians will get a kick out of it, but…Wait, what was I talking about?

Oh yes, the not-at-all-Doctor Who-or-Community-related show Untitled Web Series About A Space Traveler Who Can Also Travel Through Time – starring Travis Richey as a character who may or may not resemble Abed and Troy’s favorite TV character, Inspector Spacetime – will be returning for a second season, assuming its Kickstarter campaign is successful. The first season (consisting of 6 3-4 minute episodes) raised its budget of $25,000 through the crowd sourcing platform, and now the team is looking for $125,000 for the follow-up. There’s so much more space and so much more time to explore.

Why the larger cost? Well, the episodes are expected to be approximately 12 minutes long, and they’d like to actually pay the cast and crew this time around. As well, location costs and insurance factor into the estimated budget. As a comparison, it’s noted that an episode of Game of Thrones costs around $6 million. This is a bargain.

Not only that, but they’re bringing in guest stars to augment the central cast of Richey, Carrie Keranen as associate Piper Tate, and Eric Loya as Boyish the Extraordinary. While the full list of guests will be revealed as the weeks go by, there are two to look forward to. Mayim Bialik (The Big Bang Theory) will play the voice of B.O.O.T.H., the Inspector’s sentient time machine, and Star Trek: Voyager and Stargate: Atlantis vet Robert Picardo will step in as Bernard, the mysterious family physician.

The show also hooked up with a new director, Nick Acosta, who has a collection of comedic and sci-fi shorts on his resume. He also helmed the prequel episode of Untitled Web Series, also funded through Kickstarter, and also featuring Picardo’s first appearance. Check out Acosta’s intro video below, followed by the preview for the prequel, which will hit the net pretty soon.

Rewards for donations range from series downloads and scripts to signed photos and set visits. You can even get a handmade optic penknife! Don’t leave home, or the present, without it. Also, if the donations stretch well beyond their goal, they plan to produce a radio show, a graphic novel, and more optic pocketknife replicas.

This campaign hasn’t rocketed out of the gate like the first outing. Five days in, and they’ve only just reachd the $4400 mark, but I have faith that they’ll get there in the end. And if not, we’ll just go back in time and try it again.

If you haven’t already, take the time to check out the first part of season one below. 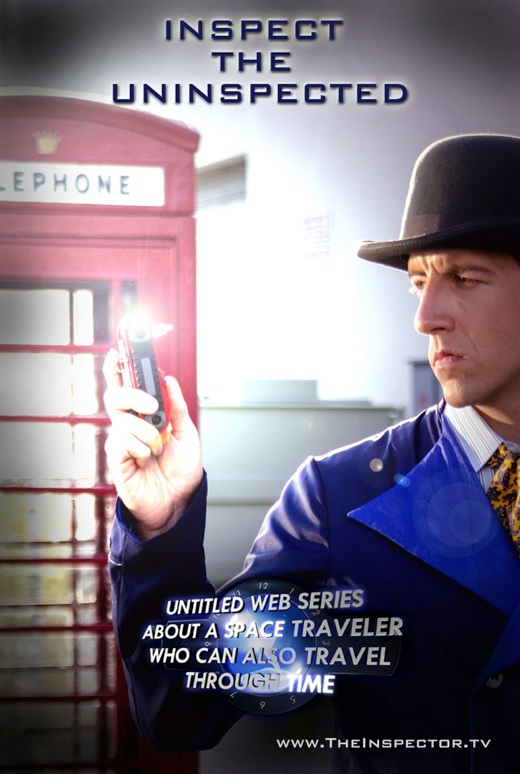