After garnering high praise from nearly everyone privy to the advanced screening at Comic Con, people seem to be taking Pete Travis’ Dredd more seriously. The adaptation of 2000AD’s comic book Judge Dredd still looks silly, but silly in a kick ass action kind of way (aka, the best possible way). No matter what happens, Dredd will certainly be a grittier, less cartoonish interpretation of the source material than the 1995 Sly Stallone version.

A new gallery of images from Dredd has been released, and they fit into what we’ve already seen. They’re a strange combination of grim and serious to the point of caricature. 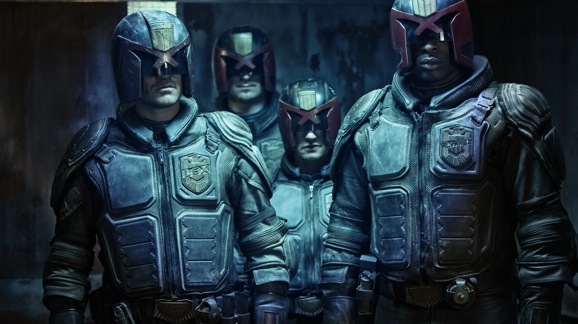 Dredd (Karl Urban) and crew of Judges—one man legal systems who serve as judge, jury, and executioner—walk down a dimly lit hallway, stern looks on all of their faces. 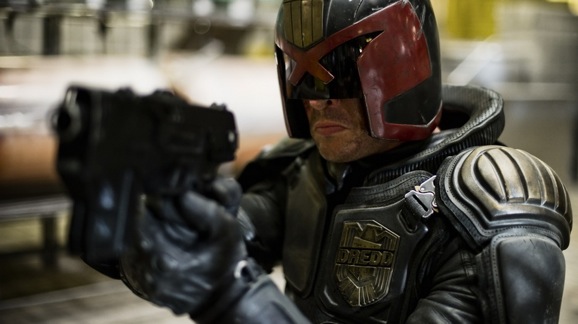 For the last three photos you may notice a trend. There’s Dredd, scowling, pointing a gun to the left… 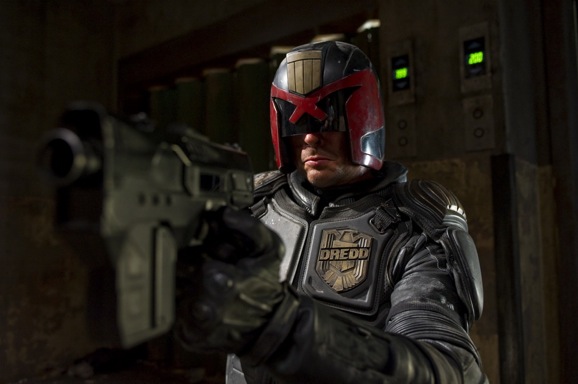 …Dredd, scowling, pointing a gun to the left… 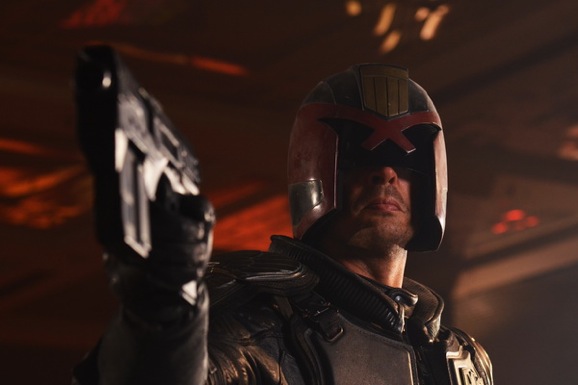 …and Dredd, scowling, pointing a gun to the, surprise, the left. (Technically it’s his right, but you get the idea.)

Dredd takes place in Mega City One, a behemoth of a post-atomic city that runs from Boston to Washington DC. The crime-ridden streets are infested with scum, shitbags, and human vermin of all varieties, and only the Judges dare battle it out with them. Dredd and his new partner, Cassandra Anderson, a psychic rookie, invade the high-rise tenement stronghold of a drug lord named Ma-Ma (Lena Heady), and all hell breaks loose.

No matter which way the pendulum swings on Dredd—straight ahead, badass action, or overly serious and kind of silly action—it looks like a lot of fun. We’ll find out for sure when the movie opens in 3D September 21st.