Joss Whedon Was Skeptical About Guardians Of The Galaxy At First 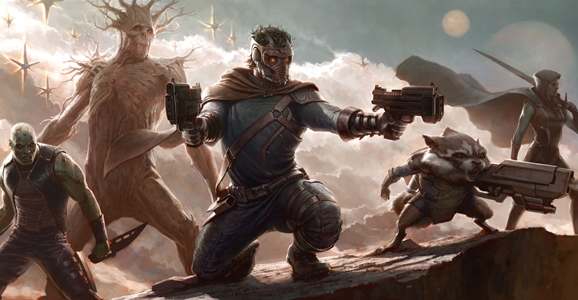 With production beginning soon on Marvel’s Guardians of the Galaxy, the cosmic superhero movie will be Marvel Studios’ biggest challenge to date. Unlike Iron Man and Captain America, Guardians of the Galaxy is not exactly a household name. Even among hardcore comic fans, Star-Lord, Drax the Destroyer, Gamora, Rocket Raccoon, and Groot are mysterious characters with very strange backgrounds. So when Joss Whedon first heard of Marvel producer Kevin Feige’s plan to incorporate Guardians of the Galaxy into the Marvel Cinematic Universe Phase Two, The Avengers director was very apprehensive at first.

While on the red carpet for the 38th Annual Saturn Awards, Whedon took the opportunity to talk to Collider about his upcoming and past projects. When the subject of Guardians of the Galaxy came up, he explained his initial reservations about the superhero space opera. Whedon said:

It seemed out there to me [initially, the idea] came from Kevin Fiege. I sort of went, ‘I don’t know about this.’ Then they brought on James Gunn, and as soon as they said James, the movie started to make sense to me in a away that it hadn’t. I was like, ‘Oh, this isn’t a guy that’s gonna chase Star Wars, he’s gonna make a James Gunn movie.’ And James’ first thing was, ‘Oh, I love Rocket, it’s all the raccoon.” People were like, ‘Really, a raccoon?’ He was like, ‘The raccoon is the heart.’ And knowing that, I felt very safe. And casting Chris Pratt. I was just there before they started production, and seeing all the designs and stuff… I got really jealous. I was like, ‘Why can’t I make this movie?’ I really got turned 180 on that one.

The key to cut through the strangeness of Guardians of the Galaxy is with its humor and heart. Star-Lord’s origin story is actually one of the more touching origins in all of Marvel Comics, while the relationship between Rocket Raccoon and the treelike alien Groot is just as heartwarming. If director James Gunn can tap into these elements, then general audiences will have a much easier time accepting a gun-loving space raccoon and his best friend, the talking tree.

At the moment, there is no plot synopsis available for Guardians of the Galaxy, but it is believed to surround astronaut Peter Quill, and how he becomes Star-Lord, the leader of the Guardians of the Galaxy. The forthcoming Marvel movie will feature actors Chris Pratt, Zoe Saldana, Dave Bautista, Benicio del Toro, Lee Pace, Karen Gillan, Michael Rooker, Ophelia Lovibond, Glenn Close, and John C. Reilly as Rhomann Dey. James Gunn will write and direct the cosmic comic book movie.