Ever since Joss Whedon hit the big time with the extreme success of The Avengers last summer, he is now Marvel’s creative consultant and oversees every film in the Marvel Cinematic Universe Phase Two that will lead up to The Avengers 2 in 2015. Although James Gunn has very little experience with big summer blockbusters, Joss Whedon was responsible for bringing the writer/director into the Marvel fold for Guardians of the Galaxy.

In an interview with MovieFone.com, Joss Whedon talked about why James Gunn was perfect for Guardians of the Galaxy. Whedon was taken by Gunn’s passion for the material and his pension for wanting to make a very strange and unusual superhero movie. Whedon explained:

“I’ve talked to them about the story from the beginning, and the different drafts. One of the questions they asked me was “What do you think of James Gunn?” And I giggled like a schoolgirl because I was like, “Oh, this movie is going to work.”… When it comes to this, for me, my only piece of advice has been: I want to hear more of James. Let’s pull out the formula. Give me more James. Make it weirder. The only way to achieve that “Star Wars” vibe is not to chase it — is to try to be an original universe and have all the fun and do all the stuff. And James is… he’s perfect for that because even I said, “A raccoon?” And James’s thing was, “Here’s the deal. It’s about the raccoon. This is why I love it: because of the raccoon and the tree.” And I’m like, “Okay, that’s the guy you need.”

Guardians of the Galaxy will be a very strange movie indeed. Not only will the film feature a gun-loving talking raccoon, an intellectual walking tree, and numerous space aliens, it will also feature an intergalactic police squad with the Nova Corps, evil space titans that are billions of years old, and possibly a new crossover character formerly from Image Comics with Spawn’s Angela; and not to mention the possibilities of time travel and intergalactic space travel. Keep in mind, Guardians of the Galaxy has to bleed into The Avengers and the rest of the existing Marvel Cinematic Universe sooner or later.

It really seems like James Gunn is really “going for it” with Guardians of the Galaxy, in terms of the film’s weirdness. The comic book series is strange, so the film has to be as well to capture its true spirit. The only real way to make a movie like this accessible for general audiences is if it’s grounded in some sort of sweetness and humor. The film’s characters maybe alien, but its emotional payoff has to be human. 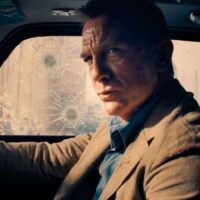 James Bond In No Time To Die: Daniel Craig Is Keeping His Money