Joseph Kosinski In Talks To Pretty Up The Twilight Zone 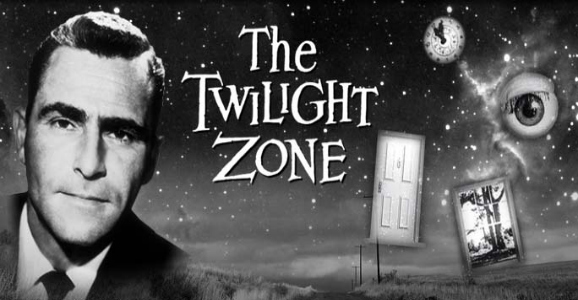 Warner Bros has been developing a new Twilight Zone movie since 2009. Director Matt Reeves was at one time attached to helm the new reboot film, but he left the project to play in the Dawn of the Planet of the Apes sandbox instead. Reports say the new movie has science fiction elements, including outer space and time travel, but it is unclear if this will be an anthology, like its predecessor from 1983, or not. It does seem as if Warner Bros has found a new leader for the re-tooling, in the form of director Joseph Kosinski.

According to Variety, the is in talks with Kosinski to helm The Twilight Zone for Leonard DiCaprio’s Appian Way production company. Kosinski is an emerging voice in sci-fi, most recently delivering the Tom Cruise vehicle Oblivion. If he ends up getting the job, this could be another fun opportunity for him to play inside the genre and display his amazing visual sense.

At the moment, Kosinski is developing a couple of large-scale projects. His Tron 3 has been in the works since 2010, when Tron: Legacy grossed over $400 million worldwide. Screenwriter Jesse Wigutow wrote the script for that film, and it is believe that the sequel film will center on the algorithm Quorra (Olivia Wilde). Jeff Bridges, Garrett Hedlund, and Cillian Murphy, who had a cameo in Legacy as Edward Dillinger Jr., are all expected to return to the Grid.

His other film in the works is a reboot of 1979’s The Black Hole for Disney. Kosinski is set to direct the film, while Prometheus screenwriter Jon Spaihts has been tapped to pen the script. Kosinski said, “I guess I would call it a reboot because the fundamental concept is there, but we are taking it in our own direction.”

Along with these two films, Kosinski is developing a new sci-fi crime series with Pacific Rim screenwriter Travis Beacham for cable network AMC called Ballistic City. The new show revolves around an organized crime syndicate in a giant urban center that’s on a traveling spaceship heading to an unknown destination. It’s been described as Chinatown meets Blade Runner on Battlestar Galactica.

As for the Twilight Zone movie, screenwriter Joby Harold (Edge of Tomorrow) took a pass on the script from writers Anthony Peckham (Sherlock Holmes) and Jason Gothenburg (Proximity Effect). It’s believed that this new film will be one narrative rather than multiple stories. The story is described as: “a test pilot who winds up breaking the speed of light; when he puts down his craft, he discovers that he’s landed a bit late for supper — 96 years late.”

Based on Rod Serling’s classic TV series that ran from 1959 to 1964, The Twilight Zone movie from 1983 featured directors like Steven Spielberg, John Landis, Joe Dante, and George Miller.