John Williams Confirms He Will Compose The Score For Episode VII 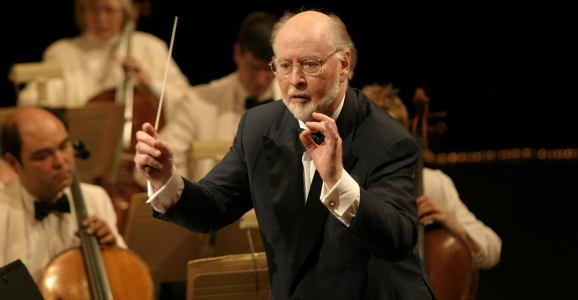 We all know that Star Wars: Episode VII will be the biggest movie event of 2015. The new film will be the first in the franchise since the release of Revenge of the Sith in 2005. Although this is also the first Star Wars movie without the involvement of creator George Lucas, for all intents and purposes, it’s very much a Star Wars movie. There are a few elements you need to truly make a Star Wars movie a Star Wars movie, including a title card that reads “A long time ago in a galaxy far, far away,” some lightsaber battle action, and, of course, a score from master composer John Williams.

During the Star Wars Celebration Europe in Germany, Lucasfilm president Kathleen Kennedy announced that Williams will indeed score all the film’s in the new trilogy, including Episode VII, Episode VIII, and Episode IX. “Every time I hear John’s music, it just gives me the chills. It’s so important to the saga. We’re all really excited that he’s a part of this,” Kennedy explained.

There was a special video message from Williams, who expressed his enthusiasm for returning to that galaxy far, far away. He said, “I actually feel like I never left it. I hope I can contribute something in the new films that will be worthy of your continued attention.”

There was some doubt that Williams would return to the franchise when J.J. Abrams was hired to direct Episode VII. Abrams has always worked with composer Michael Giacchino on all of his film since Mission: Impossible III in 2006. Giacchino has even scored Abrams’ TV series including Alias and Lost, among others. Although it seemed like a foregone conclusion that Williams would return to, it’s really good to see him back creating music for the Star Wars universe.

Kennedy also noted in her announcement that Episode VII will be shot using real locations, unlike the entire prequel trilogy, which used green screen for almost every scene in every movie. Addressing Star Wars fans, she said:

Like many of you, looking at all the Star Wars movie and getting a feeling for what even the early films did in combination of real locations and special effects, that’s something we’re looking very seriously at.

We’re going to find some very cool locations we’re going to use in support of Ep VII. I think we’re going to probably end up using every tool in the toolbox to create the look of these movies. That’s what we’re excited about.

While the prequels were technologically advanced, in terms of CGI, it’s refreshing to hear that Episode VII will go back to the basics with its filmmaking. Over the course of the last three films, Lucas increasingly used digital effects to create his world. The special effects actually took away the emotional connection and sense realism, which undercut the film’s quality. Although the movies look great, it lacked a physicality and weight. It will be nice to see a blend of CGI and practical effects in a big summer blockbuster film, especially for a Star Wars movie.