Jericho Co-Creator Confirms Talks With Netflix, But Nothing Official

Ever since Netflix became a ubiquitous household commodity, and especially since they announced their commitment to producing original content, the streaming service has replaced cable television as the go-to savior fans pin their hopes on every time one of their favorite shows is canceled. Which is probably unfair, because so far the only series Netflix has “rescued” is Arrested Development, and one is hardly a pattern. Still, every six months or so we’ll get a new round of “Netflix might save XXX” stories, and now it’s that time again. This rumor isn’t for a freshly canceled series, however. It concerns a show that hasn’t been on the air since 2008: CBS’ late, lamented Jericho.

The Jericho/Netflix rumors have actually come up several times over the years, but this is the first we’ve heard of it in quite some time, and this time it comes straight from series co-creator Stephen Chbosky. The folks from Nerdacy cornered Chbosky while he was appearing at the Santa Barbara International Film Festival, and he offered up a few tempting morsels about Jericho’s possible future. Asked if there was any hope that the show could be resurrected by Netflix or Hulu, Chbosky responded with:

You know WME (William Morris Endeavor) Agency, who represents me, Jon Turteltaub and many other people, and they’ve been talking to Netflix and you never know. I can’t say what it will be in season 3, but I’m excited for the new developments.

Not exactly a firm confirmation, but it’s nice to hear that the subject is still up for discussion, as opposed to outright dead.

Of course, any Jericho revival would be in an odd position when it came to continuing the story. In the aftermath of the show’s second and final season, the Jericho storyline was continued as a comicbook series from Devil’s Due Publishing back in 2009. The big question is whether any new Jericho TV series would pick up after the events of the comics, or if it would ignore the comics and start over as “Season 3.” I imagine ignoring the comics would be a good way to piss off loyal fans, but assuming viewers had already read the comics could be a potential obstacle for new viewers.

For his part, Chbosky doesn’t do much to clarify the situation: “Well, if you really, really want to know about season 3, the best thing would be to read the comics. That tells a better story.” That comment could be interpreted as downplaying the possibility of more Jericho on the small screen, so it’s mixed messages all around.

For you Jericho fans still clinging to hope, take heart. It sounds like the possibility of more Jericho is still out there, but you probably shouldn’t hold your breath until Netflix actually announces something concrete. And in the meantime, I’ll be clinging to Netflix as the Great Red Hope for more Firefly. 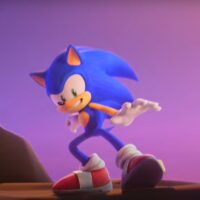