This November, the 22 to be precise, the world receives an early holiday present. That gift is The Hunger Games: Catching Fire, the second adaptation of Suzanne Collins’ best-selling dystopian young adult novel franchise. People went nuts for the first film (on a personal note, while I like the movie, I don’t think it comes close to living up to the book), and considering the hype around the sequel(s), the second chapter is going to be a balls out hit, too. The film took to San Diego Comic Con in order to create even more hype, if that’s possible, and there’s a lot to talk about, chief among these topics is the new international trailer that Lionsgate unveiled.

The obvious highlight of the panel, this trailer form Yahoo features a decent amount of new footage, though it follows the similar path we’ve seen. Most of the video takes place outside of the arena—though there are clips of the Katniss (Jennifer Lawrence) and Peeta’s (Josh Hutcherson) rival tributes in the Quarter Quell—and again, there seems to be more of an emphasis on the unrest and upheaval in the future world of Panem than there is in the books.

You get to see the Victor’s Village, where Katniss and Peeta live after winning the Hunger Games. Katniss models her flaming wedding dress. There is the discrepancy between the poverty of the outlying Districts versus the decadent lifestyle of the Capital. And there is definitely one thing that was absent in the first movie, and overriding sense of hope amidst the population that things may change. This second installment widens the scope of the story quite a bit. The first time around, the focus was on Katniss and Peeta, and their situation trying to live through the teen-killing-teen mayhem of the Game, while this time they spread their fire to the entire nation. Check it out for yourself, it does a nice job setting the stage, as well as touching on all the key themes and points.

When the cast members hit the Hall H stage for the panel, the crowd just about loses its damn mind. Willow Shields, Lenny Kravitz, Jenna Malone, and Jeffrey Wright gets a nice ovation, but when Liam Hemsworth and Hutcherson come out things kicked up a notch. And then comes Academy Award-winning Lawrence, and from Cinema Blend’s description, the place just about blows up. Director Francis Lawrence claims this is his dream cast, dream story, and says he’s on board for the next three movies. Lionsgate has already announced that the final book, Mockingjay, will be split into two movie, because that’s just how everything is in Hollywood now (I also don’t know why he said three movies, there should only be two more, but what do I know, maybe there’s a secret film in the works).

The main cast talks about the love triangle between Katniss, Peeta, and Gale (Hemsworth), as well as Katniss’ bout with post-traumatic stress disorder after living through her harrowing ordeal in the first book.

And then they show the trailer, which you’ve already seen, though at this point, the cast hadn’t, and they’re just as psyched as the crowd. Everyone is fun and charming as they continue. Lawrence jokes about winning an Oscar, tripping on her dress on the way up to the stage, trying not to hit herself in the face with her bow on set, and balancing two major franchises like The Hunger Games and X-Men while still trying to do smaller films. The chemistry between the cast is readily apparent to everyone in the room, especially when Lawrence and Hutcherson joke about stage kisses and big strands of snot. Hot.

So there you have it. From the descriptions it sounds like the fan question portion was totally cute, full of mega fans that were super nervous and overwhelmed, even to the point of not being able to speak. 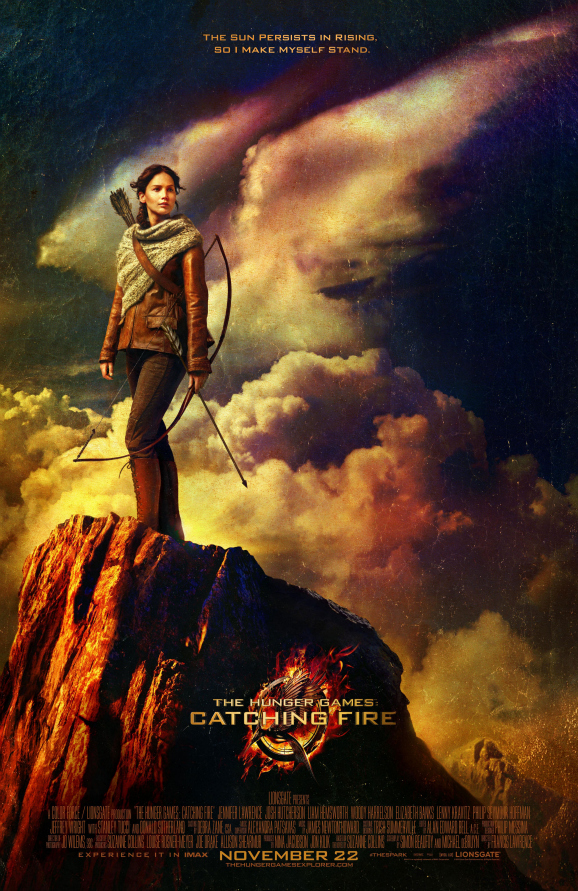