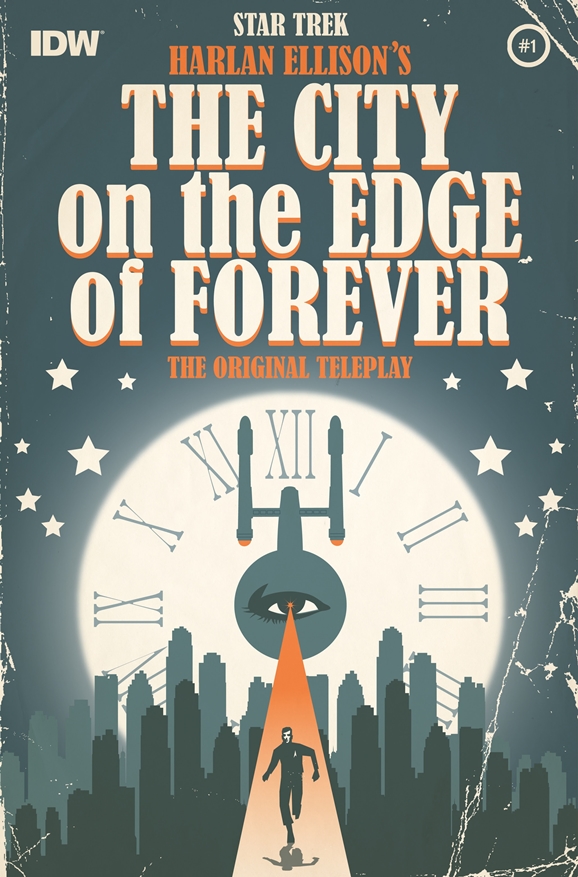 Love him or hate him, there’s no question that Harlan Ellison has had one hell of a colorful life. He joined a street gang to bone up on their world before he wrote a book about the subculture. He was fired on his first day at Walt Disney Studios after riffing on the idea of a pornographic movie starring Disney characters…within earshot of Roy Disney. He has earned a reputation for being contentious, vociferously opinionated, and possessed of a bountiful talent for revenge. To this day, one of the most legendary anecdotes about the writer is the story of him butting heads with Gene Roddenberry over Ellison’s script for Star Trek’s “The City on the Edge of Forever.” Now, nearly 50 years later, Ellison’s original teleplay for the episode is being adapted into a comic book miniseries by IDW Publishing.

“The City on the Edge of Forever” is generally regarded as one of the best Star Trek episodes of all time, and it won Ellison both a Hugo Award and a WGA Award — both for his original teleplay, rather than the rewritten version that actually made it to air. As the story goes, Ellison’s script came in overlong and was deemed overly ambitious for the budget Trek had to work with. It also involved an Enterprise crew member dealing drugs — a realistic touch that didn’t jive well with Roddenberry’s idealized vision of humanity’s future. After a series of rewrites by Ellison himself, the script passed through the hands of multiple other writers, including Roddenberry, before Ellison disowned the script and slapped his infamous “Cordwainer Bird” pseudonym on it.

Ellison has previously published his “City” script in book form, along with an extensive essay he wrote about the whole Trek kerfuffle, but now fans will finally be able to see his vision of one of Trek’s finest hours rendered in a visual form — albeit not the TV version it was intended for. Writers Scott Tipton and David Tipton are handling the adaptation duties, with interior art provided by J.K. Woodward. If the cover art up top looks familiar, it’s because it was done by Juan Ortiz, the dude who’s been positively killing it on the Star Trek retro episodic posters for the last couple of years. Naturally, Ellison will be overseeing the project, a five-part miniseries that will release its first issue this June.

Presenting Harlan Ellison’s brilliant original script for ‘City on the Edge…’ has been a goal of ours since IDW first began publishing Star Trek comics in 2007. The episode justifies its position atop ‘best Star Trek episodes’ lists but even it ain’t nuthin’ compared to what Ellison did in his original teleplay. This is truly going to be a Star Trek adventure unlike any other, even to fans who have that beloved episode memorized.

And you’d better believe Ellison chimed in as well:

It was a superlative joy of my long life to have worked with Leonard Nimoy, who became my friend, and many others at Star Trek; and an equally heart-happy joy to be working with J.K. and the Tipton Bros. and Chris Ryall on this long-awaited visual of my (humbly, I say it) brilliant original ‘City…’

IDW has had the Star Trek license for a while now. Among other things, they publish the official, in-canon Star Trek comic, which is set in the universe of the Abrams reboot and has adapted and updated several Original Series storylines.

The “City” also announcement isn’t the only recent comic adaptation of a sci-fi road not taken. Dark Horse Comics is currently four issues into The Star Wars, an eight-issue adaptation of George Lucas’ original 1974 rough draft of the first Star Wars film.

You can read Ellison’s original “City on the Edge of Forever” teleplay in this volume, which is well worth a read if you’re a Trek fan or just interested in science fiction history. 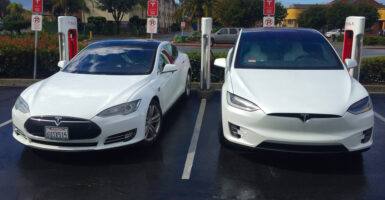