What Really Happened At The End Of Tim Burton’s Planet Of The Apes? Tim Burton has made a lot of odd films in his career, but they’re generally easier to understand than most directors’ films, with mostly transparent influences and plot mechanics. But when he remade Planet of the Apes in 2001, he confounded many a fan. Not only by delivering a watered-down remake that didn’t do much to revolutionize the concept, but by giving audiences an ending that didn’t make a whole lot of sense, and which included some of the goofiest Ape Cops that Hollywood has ever known. So what was that all about?

Planet of the Apes star Tim Roth recently spoke with CraveOnline about his role in the critically acclaimed drama Selma. He was also asked about his role in the critically panned Apes remake, specifically about that ending. Which, as it happens, Roth wasn’t even in. But his likeness sure was, as a massive General Thade statue was set in place inside what we humans call the Lincoln Memorial. Here’s how he explained that time-jumping ending:

Yeah, I think it was he took over, he took control [Laughs.] I think the idea was when they shunted in time that way, he was the President of the Planet of the Apes. [Laughs.] Brilliant, I thought. It’s crazy stuff. I liked it. I had a good time making it. It was in the old style. It wasn’t using too much CG trickery.

So if we’re all on board here, it seems as though Mark Wahlberg’s Captain Leo Davidson just didn’t go back in time far enough. General Thade apparently went back even further, which allowed him to make the title of the movie a reality in that world. I’d love to read that Ape-mancipation Proclamation. If only this movie had earned a sequel, then we could have watched Roth-in-makeup taking over 19th century Washington D.C. To me, that would have been better than this whole movie.

And even if we understand that Thade somehow rocked a presidential campaign that got him in office, that doesn’t justify a thousand cop cars and journalists immediately showing up to the Memorial after Davidson crashes, or why nothing about cops and authority seems to have changed with apes assimilated into the population. Apes in cop uniforms are possibly the dumbest things Burton has put to film.

Check that ending out below. 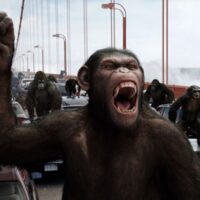 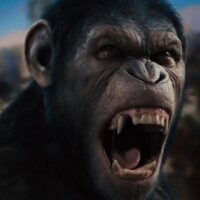 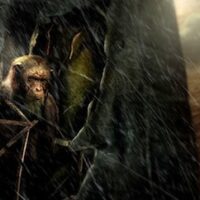