This past Saturday at the RTX convention in Austin, Texas, representatives from Certain Affinity unveiled a new and improved version of Halo’s in game map editor, Forge, and talked a little bit about some of the built in multiplayer modes that are coming with Halo 4. Among the neat new ways to personalize your Xbox teabagging experience (or “Victory crouching” for the high society folk), they also slip in some previously unreleased news about the new story based multi-player component Spartan Ops.

Some new additions to Forge are the ability to enable magnets to stick structures together for quick build times, as well as duplicating the structures themselves to further speed up your map making experience. Also included is a tool to create localized areas in which to change physics or player abilities, so you can have some areas in which to do really crazy things without making the rest of the map unplayable in a normal multiplayer game. With the new toolset and the gorgeous graphics of Halo 4 not only will players have the ability to do some really interesting things when they make maps, but anyone interested in making their own Halo machinima now has the ability to create some far more interesting stories as well.

Almost as an afterthought while discussing the other multi-player modes in Halo 4, a rep from Certain Affinity announced that the episodic multiplayer PvE portion of the game, Spartan Ops, takes place 6 months after the end of the main campaign which may have been an unintentional spoiler. This means that from a story standpoint after the campaign is over, the newly unveiled Prometheans are still a threat as well as the Covenant, and that the ship which crashes down in the E3 trailer (the UNSC Infinity) is still operational. Now if you look at a shot of the Spartan Ops map you see some of the downward facing spires that are a hallmark of whatever world the Infinity crashes on. That coupled with the Prometheans and the fact that this is all happening 6 months after the end of the campaign seems to suggest that maybe the Infinity is not going to take back off after it crashes. If that is the case, then Halo 4 could be a pretty big departure from Master Chief’s previous outings that all seem to end with a gigantic object being blown to smithereens and the next game starting in a different venue. This means the next trilogy of  Halo games could all be taking place on the same world. It’s not airtight as far as spoiler theories go, but it does seem plausible after the announcement.

To me the best parts of the first Halo trilogy took place on Halo, so I’m completely down for a trilogy of Robinson Crusoe in power armor games. Whether or not the UNSC Infinity takes off after the end of Halo 4,  just the possibility for a new Floodless Halo storyline has me ready to throw my money at 343 Industries when Halo 4 comes out this November. 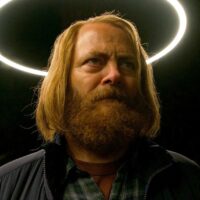 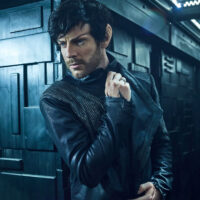