Director Guillermo del Toro may as well have started this video, “Konnichiwa. My name is Guillermo del Toro. Get your best skin glue, because I’m about to rip your face off.” Actually, he should just go ahead and introduce himself like that all the time, and the people confused by the Japanese greeting can just pick their faces up off the ground in confusion.

The above trailer for Pacific Rim, as Del Toro’s intro states, was made specifically by him for the Japanese audience, who could end up being this film’s biggest international market, given that this film probably wouldn’t exist without the myriad influences del Toro gracefully put through his own personal wringer. And while he talks through the first 40 seconds — he was sure to mention Japanese actresses Mana Ashida and Rinko Kikuchi, who both play character Mako Muri at different ages — there is still a solid minute of trailer here. It isn’t as good as the WonderCon trailer, and actually looks a lot like second trailer, but it’s still a Pacific Rim trailer, so that automatically makes it better than…well, everything. So what if most of the footage has already been seen? At least we get to see that one Kaiju monster screaming at the end, bringing to mind every ounce of joy I’ve ever felt while watching the original Godzilla film. (I’ll take that crossover flick anytime.)

This hasn’t exactly been a quiet marketing campaign from del Toro and Legendary Pictures, who have bombarded the internet with poster after poster, as well as a dedicated website looking to engage the troops. 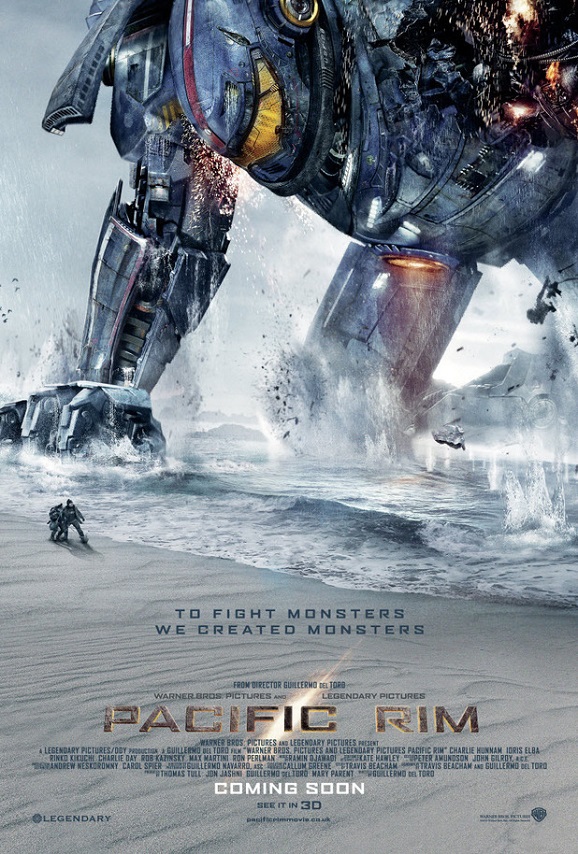