Gritty TMNT Designs Are Better Than The Remake Ideas

We have been waiting for a new live-action TMNT movie since the release of the terrible Teenage Mutant Ninja Turtles III in 1993, in which the Turtles travel back in time to feudal Japan (time-traveling TMNT only works in the video game). While we’ll almost certainlyget a TMNT movie at some point down the line, fans were rightly irate at the idiotic ideas that were leaking out of the Michael Bay version, including making Shredder an American colonel named “Schrader.” (Get it?!?)

While we’ll have to wait for the TMNT movie of our dreams, in the mean time concept artist Mike Sekowski has put a gritty spin on the Turtles that may erase the memory of Bay’s plans entirely. 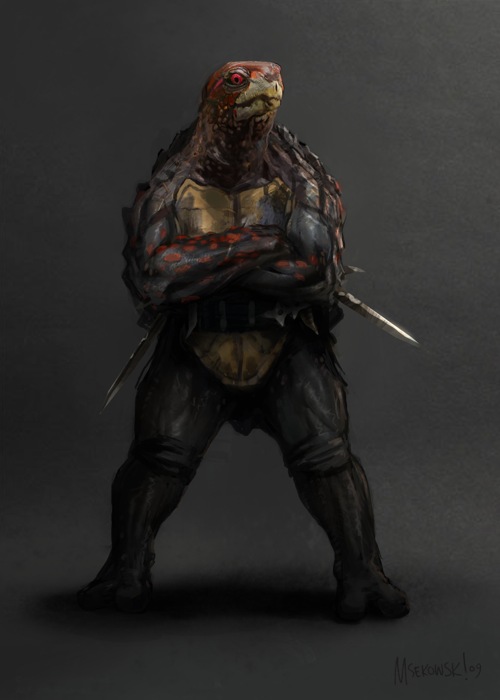 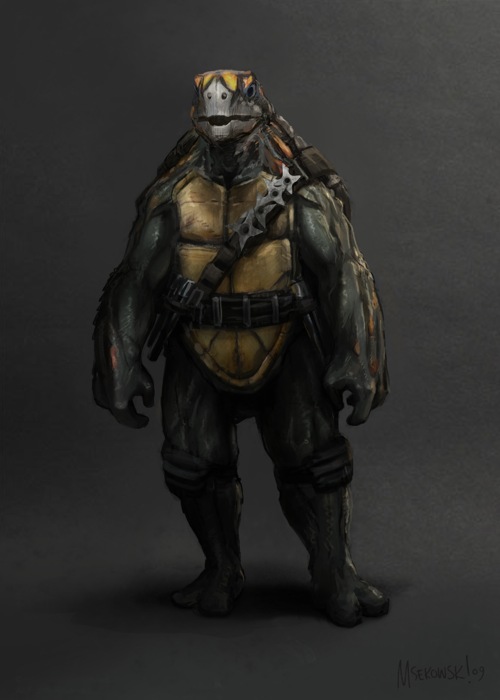 Mike Sekowski is an artist from Irvine, California, and his take on TMNT speaks volumes to what a new live-action version could look like. The Turtles appear to be snapping turtles instead of the common household pet variety, and Sekowski’s vision has done away with their colorful masks. Instead, he has incorporated the Turtles’ trademark colors into their shell markings, which is a clever idea. You definitely wouldn’t want to run into these guys in a dark sewer. [What the hell were you doing in the sewer in the first place? You just wait till your father gets home… – Ed.]

When Michael Bay announced his production company, Platinum Dunes, would bring a new live-action TMNT to the big screen, fans of the series were skeptical given how his Transformers movies turned out. Fans were right, Bay had plans to make the Turtles space aliens rather than mutants, and make the movie even cartoonier than the original 1990 film. We all should’ve known something was up when the title shifted to simply Ninja Turtles.

TMNT co-creator Kevin Eastman is working closely with Bay’s Platinum Dunes team to give TMNT fans something special, but so far the only thing we’ve seen that gives us a vote of confidence are these Mike Sekowski pictures, and he has nothing to do with the actual production. Maybe he should. 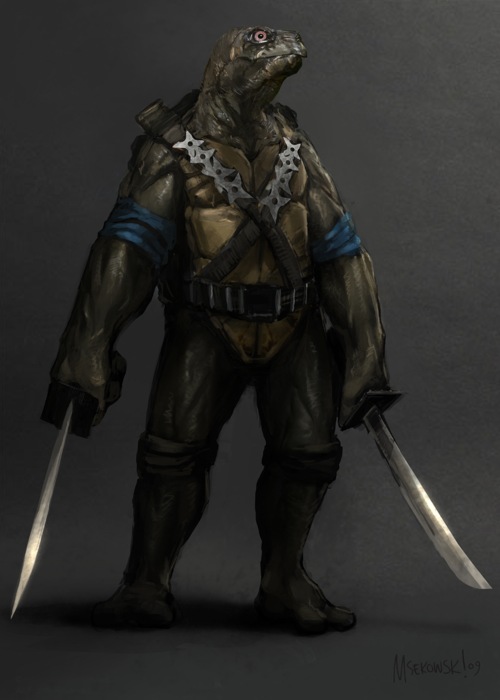 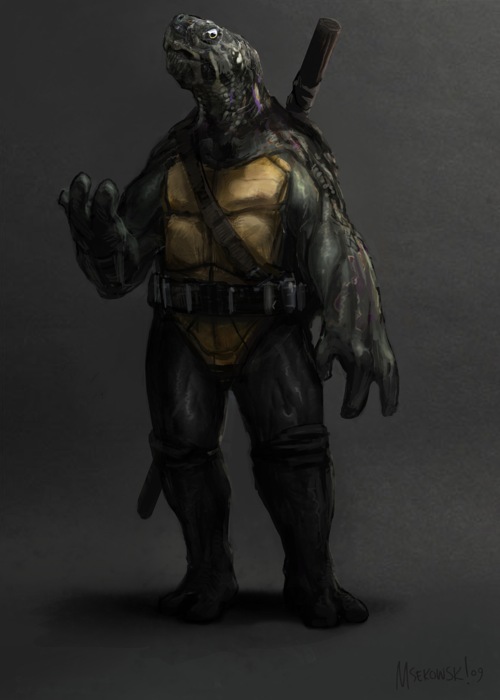 The new Ninja Turtles film is due in theaters in March 2014. Originally the reboot was supposed to come out in December 2013 but Paramount pushed the film’s release date due to script problems. 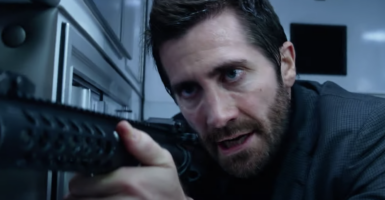 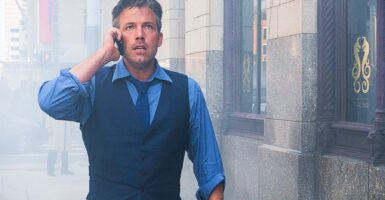 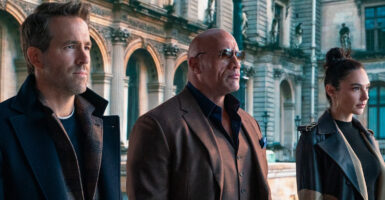 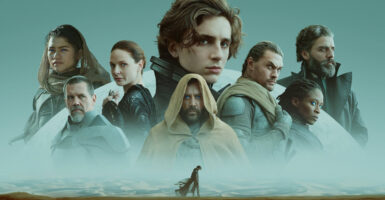