That Gremlins Reboot Ran Out Of Steam And Won’t Happen, Details Here 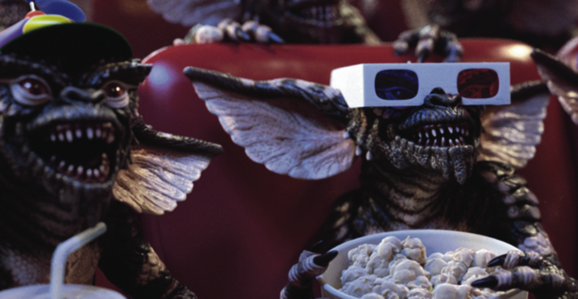 If often feels like damn near every movie or TV show we talk about is a reboot, sequel, or some other kind of revisitation. But for every one of these titles we see on the tube or in theaters, it’s easy to forget that not all of them come to fruition. Now we can add another one to the not-gonna-happen scrap heap (at least for now, nothing is ever completely sacred, off limits, or totally safe): Gremlins.

This idea has been kicking around for a while, and Warner Bros. has been trying to get it off the ground for years. Last we heard, Chris Columbus, who wrote the screenplay for the first film, was going to give the script another whack, while Seth Graeme-Smith and David Katzenberg were attached as producers. It was also being reported that this was a sequel of sorts (whatever that means) to Joe Dante’s 1984 original, not a straight reboot. Apparently, however, this movie is no longer in the works.

Graeme-Smith recently talked to Entertainment Weekly, and the Pride and Prejudice and Zombies and Abraham Lincoln: Vampire Hunter author said:

I think we just ran out of steam. It’s one of those things where everybody got busy doing other things. It’s something I would love to come back to, but right now Steven [Spielberg]’s making two movies back to back and Chris Columbus is busy. We’re all taking a five-minute break on that.

So this isn’t happening right now, but as we well know, no reboot is ever totally dead in Hollywood, and that “five-minute break” comment definitely leaves the door open. This is likely one of those projects that will be talked about in various capacities for years, different groups will get the rights and have ideas, and we won’t actually think it will ever happen, until one day it does. I imagine it will be like the new Ghostbusters in that regard.

Even if they call it a sequel, the story they had in mind was startlingly similar to Dante’s film, as it follows a young boy who gets a Christmas present of a strange creature that requires a very specific set of rules to care for. When he doesn’t adhere to these guidelines—you always listen to the wise old weirdo, always—there is an epidemic of nasty little badass monsters running around causing havoc.

One positive thing about the last incarnation was that they, or at least Columbus anyway, wanted to use practical effects and puppets rather than rely on CGI. He calls them “edgy Muppets” and said that they would lose their charm and anarchy if done digitally. If nothing else, that’s comforting to hear.

Also, if you have some time, you should watch this Gremlins commentary track from star Zach Galligan and the guys from The Movie Crypt podcast, it’s a good time.