Gravity Companion Short Will Get A Home Video Release Now that Alfonso Cuarón’s Gravity is in theaters everywhere, the mighty space epic is tracking to now make upwards of $50 million over its opening weekend. This new figure is $10 million more than initial projections. The movie begs to be watched on the biggest screen imaginable, in wondrous 3D and IMAX. Gravity’s Blu-ray/DVD release will feature one very special extra that will open up Alfonso Cuarón’s latest film to a much wider story.

READ WITH CAUTION. SPOILERS FOR GRAVITY BELOW

According to Critic Wire, Gravity’s co-writer Jonás Cuarón, Alfonso’s son, directed a seven-minute short film called Aningnaaq that is a direct companion piece to the sci-fi film. The short features a story that takes place while Sandra Bullock’s Dr. Ryan Stone is coming to terms with her own mortality on the Chinese “lifeboat.” Remember the scene where she’s trying to find a signal to radio for help? She comes to connect with a mysterious voice on Earth, and Aningnaaq shows the other side of that scene.

Orto Ignatiussen stars as an Inuit ice-fisherman in Greenland that picks up a signal from space. Although he doesn’t understand the voice on the other line, he tries to understand while entertaining the voice with his son and dog. Jonas’ film screened at this year’s Venice Film Festival (where Gravity made its world premiere) in front of the comedy We’re The Millers. A strange pairing if there ever were one.

Aningaaq, an Inuit fisherman camping on the ice over a frozen fjord, talks through a two-way radio with a dying astronaut who is stranded in space, 500 kilometers above earth. Even though he doesn’t speak English and she doesn’t speak Greenlandic, they manage to have a conversation about dogs, babies, life and death. Star Sandra Bullock reportedly found the short incredibly moving. “[He] went there and shot this absolutely beautiful piece of loneliness and emptiness on Earth where this man is calling from,” the actress said at the Los Angeles press conference for the film. “It’s so beautiful, and I get goosebumps thinking about it.”

The short film is a nice touch to an already gigantic film. Jonás Cuarón has two other credits as a director, an animated short film called The Shock Doctrine and a full-length feature film titled Year of the Nail, a love story about a young Mexican teenager and an much older American woman. Both films were released in 2007.

At the moment, Warner Bros has no plans to screen Aningnaaq theatrically, but rather will include the short film as part of Gravity’s home video release. While there are some out there that believe the short should be screened as a post-credits sequence (just like a Marvel movie), it’s unlikely that the movie studio will go that round and won’t add it to reels of the film in theaters. Besides, a seven minute post-credits scene seems excessive. 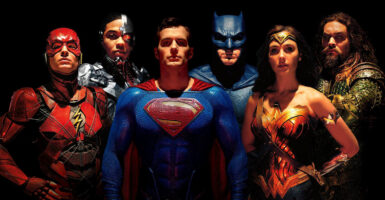