Now that the massive monsters of Pacific Rim have crashed down upon movie audiences like a thunderous force of nature, we can turn our attention to the next large-scale creature feature on the horizon, Gareth Edwards’ Godzilla. The production has been stomping around Vancouver, B.C., for some time, and now the production has taken something of a working vacation, moving their primary base of operations to Hawaii. A local TV station has the first look at the tropical set.

KITV, a local ABC affiliate, stopped by the Waikiki set to poke around, check out the scenery, and interview random passersby. One man they spoke to had no idea there was a movie shoot in town, and you can imagine his initial surprise when he came across a half acre stretch of beach that looked like it had been pummeled by a radioactive, lizard wrecking ball. Approximately 20% of the film will take place in the Aloha State.

What you can see of the set in this video looks appropriately mussed up and rough around the edges to serve as a backdrop for a Godzilla movie. There is a ton of rubble, groups of walking wounded with bandages wrapped around fresh wounds, and general chaos.

This isn’t director Edwards’ first giant monster rodeo, though it is certainly on a much larger scale than he is used to. In 2010 he wrote and directed the low budget Monsters. Edwards’ did all of the special effects work himself on his Mac, we’re talking that kind of low budget here. What makes Monsters stand out is that the focus is more on the story and character than big time special effects. For most of the film you only get glancing looks at the titular creatures, which Edwards uses to great effect. When you finally do see them full on, the impact is that much greater.

Granted this is a Godzilla movie, and we want to see a massive radioactive lizard rampaging through Tokyo. That’s a big part of the fun, after all. But the idea of Edwards some of that subtly to this latest incarnation of the “King of all Monsters,” is an interesting prospect. You don’t necessarily want him to take the same approach as he did in Monsters, but you can see him adding a new dimension to the project. As much as I thoroughly enjoyed the spectacle of Pacific Rim, the biggest thing it leaves you wanting is a deeper connection to the characters and plot. If Edwards can create this balance, Godzilla has the potential to be something truly special.

The viral marketing campaign for the film has already started in preparation for San Diego Comic-Con. You can expect that we’ll be seeing some exciting new looks at the film over the next week or so. 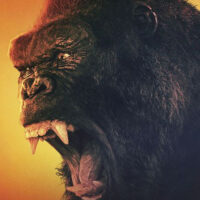