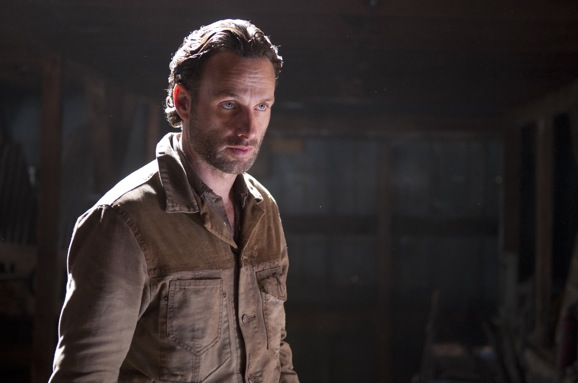 WARNING! what follows contains huge spoilers if you haven’t watched the entire third season of The Walking Dead.

AMC’s zombie drama The Walking Dead has never been shy about killing people off. However, the third season finale, “Welcome to the Tombs,” threw everybody for a loop when they killed off Andrea (Laurie Holden), one of the mainstays of the show, and of Robert Kirkman’s comics that serve as the source material. Glen Mazzara, the showrunner through season three, recently explained the decision.

In an interview with The Hollywood Reporter, Mazzara admitted it was a difficult choice to make, but said, “I thought it was important that we always show that no one is safe. It’s also important to show the effect these deaths have on our other characters.” He envisions Andrea’s death as a “blood sacrifice” that allows Rick Grimes (Andrew Lincoln) to be able to “open up the gates and let other people in and be compassionate,” which he does, inviting the leftovers of Woodbury into the prison refuge.

Andrea, on the other hand, “is unable to re-enter the group. In a way, a lot of what she did was bring the two groups together. But she’s never able to enter the prison and be reunited in a full way with Rick’s group. That was an ultimate sacrifice that was worthy of the season finale.”