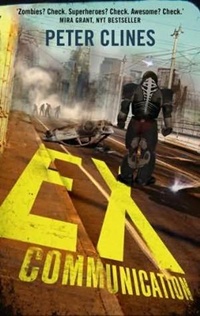 Ex-Communication
While I’m sure author Peter Clines has an eventual endgame in sight for his superb zombie vs. superheroes Ex-Heroes series, I would be perfectly happy to keep reading this books for the next hundred years, assuming I’ve also figured out a way to attain eternal youth. While the series’ first two novels are some of the best in the action horror genre — and are high above just about any book involving zombies — Ex-Communication blows both of them out of the water by taking this troublesome story to places both highly exciting and logical to the canon Clines has created. This time around, St. George, Stealth, Cerberus, Zzzap, and the L.A. community of survivors are combating an all new enemy (or is it?), and it isn’t one that can be stopped very easily. Returning characters are just as fun and witty as ever — yes, even Legion — and an amnesiac new character adds a nice wrinkle to the already complicated unfolding plot. To top it all off, literally, this book has quite possibly the most exhilarating opening sequences of any book or movie that I’ve ever laid eyes on. The next entry, Ex-Purgatory, will be out and in my hands on January 14. Catch up to it, before it catches you. 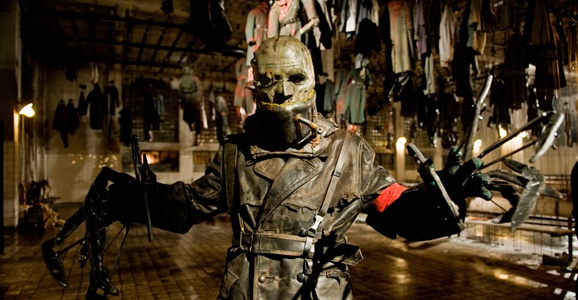 Frankenstein’s Army
While the upcoming glut of Frankenstein-inspired films has yet to arrive, I’m pretty sure they’ll all fail in comparison to Richard Raaphorst’s monstrously half-brilliant creature feature Frankenstein’s Army, the greatest video game movie ever created, though it was never a video game. Near the end of WWII, Russian soldiers in eastern Germany find a seemingly empty building that is actually filled with the undead abominations created by Viktor Frankenstein (Karel Roden), distant relative of the original Mary Shelley character. This slight plot is balanced by rapid-fire scares and thrills as the soldiers do battle with these creatures, melded from man and machine as a part of Viktor’s assembly line of murderous beasts. The film does have its downfalls, of course, such as sticking to the overplayed found-footage genre, but this P.O.V. actually works wonders multiple times throughout the film as the squad runs face first into wonderfully macabre beings such as Burnt Match Man, Machete Worker, Propellerhead, and the dreaded Mosquito Man, all of whom are worlds more frightening than their names imply. There are no cats jumping on characters used to scare audiences here; it’s all glee-inducing madness. 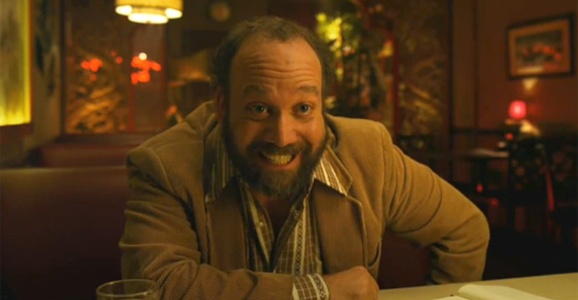 John Dies at the End
Don’t get me wrong. Don Coscarelli’s adaptation of the bizarre debut novel from author and Cracked.com’s David Wong is far from a perfect movie. In fact, it’s far behind Bubba Ho-Tep in the realm of Coscarelli’s cult cinema filmography. But its existence is one of the greatest victories of the year for indie cinema, taking a surreal and hilariously winding plot and making it filmable. Granted, it was done by removing entire plotlines, sequences, and characters, but it’s a nice message to other filmmakers that anything is possible. Dave (Chase Williamson) and John (Rob Mayes) are two slackers who stumble upon a weird new drug that completely alters time and mental states, which unleashes a threat that could end humanity as we know it. Unless they’re completely crazy, that is, and reporter Arnie Blondestone (Paul Giamatti) really wants to believe that during their interview that works as the film’s throughline. Chances are you won’t understand anything if you haven’t read the book, but your bewilderment will be enjoyable, and if not, there’s always that doorknob that turns into a penis for you to laugh at. 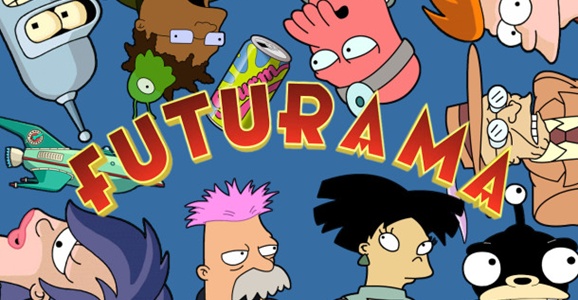 One Last Year of Futurama
Even though I’m guilty of it on occasion, I abhor when people say, “Futurama and/or The Simpsons just isn’t as good as it used to be.” To those people, I say, “Go watch something else then, because there are some of us out here that will never ever tire of either show.” That’s just before I throw them into a box holding another dimension. While this final season (actually the second half of the seventh season) had its share of generic missteps, Futurama more than made up for it with imaginative episodes such as “2-D Blacktop,” in which the Professor is transported into a two-dimensional world, and “Saturday Morning Fun Pit,” featuring three vignettes modeled after classic cartoons like Scooby-Doo, The Smurfs, and G.I. Joe. I wasn’t overly impressed with the maudlin return of Fry’s dog Seymour, but the episode was still a testament to the series’ ability to mine drama on top of all the brainy and brainless humor. Its cancellation was one of the moments this year that I was least thankful for, but the excellent finale “Meanwhile” closed the door on Futurama in a fitting and memorable way…that they’ll hopefully revisit whenever Matt Groening and David X. Cohen figure out how to bring it back again. Netflix or Hulu, maybe?