This is a thing that happens frequently on the Internet now, fictional character are pitted against one another in rap battles to test their hypothetical lyrical skills, and this time it’s two different crews of busters: Ghostbusters versus Mythbusters. Actually, I guess only one of the parties in this video is entirely fictional, but with a theme like this, it’s easy enough to overlook that in the most recent installment of Epic Rap Battles of History.

If you’ve encountered any of these videos before, you already know what to expect out of this new one. They’re fun enough for what they are, and if you’re into such things, this should prove to be a reasonably good time, or at least an adequate way to kill three minutes or so while you’re trying to run out that last bit of clock at work. Just try to keep the chuckles to a minimum so the people in the cubes around you don’t know that you’re up to anything fishy.

Stay Puft showing up and schooling both sides is easily the high point of this entire video, though there is also a nice jab at the recently released “B Team” from Mythbusters. Then again, it’s hard to mount much of a come back when going up against a skyscraper tall personification of a beloved symbol of childhood and innocence. Diss him too hard and he can just step on you after all.

In all honesty, we guess not all of these rap battles are between two fictional characters. Many are, like this throwdown between The Walking Dead’s grizzled leader Rick Grimes and Breaking Bad’s high school science teacher turned meth cook Walter White.

And then there are some, like this one, where one side is real and the other side is entirely made up. This video of the Teenage Mutant Ninja Turtles battling with the renaissance artists who Splinter borrowed their names from is a prime example of that approach.

And then there are some where both contestants are totally real, like when Bill Nye faced off with Sir Isaac Newton for a lyrical scientific rumble of epic proportions. Basically the point we’re trying to make is that any public figure, real or imaginary, appears to be fair game when it comes to these videos, so who knows what we’ll see next. 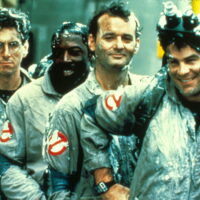