Ghostbusters: A Bunch Of Big Name Hollywood Dudes Want In On This Reboot As those hacked Sony emails gradually leak out online, it raises all kinds of troubling moral questions and implications, but one upside is that we get to hear about all kinds of crazy ass ideas people have had for movies. For example, there’s that insane Men in Black/21 Jump Street mash up that someone suggested. It’s like people will just toss out whatever the hell idea pops into their head as a movie pitch. Granted, sometimes that’s exactly what the Hollywood process feels like, but these private correspondences really drive that home. There’s been a lot of interest surrounding Paul Feig’s upcoming Ghostbusters reboot, and the emails now show that it’s not just funny women who have an eye on this franchise, but some big name dudes want to get in on the fun as well. And one of the ideas sounds just ludicrous enough to be a total blast.

So far we’ve heard that Jennifer Lawrence, Melissa McCarthy, Lizzy Caplan, Emma Stone, and Amy Schumer are all down to appear in Feig’s female-fronted film, and that Rebel Wilson has actually spoken to the director about the script. Now, according to the avalanche of emails that the Daily Beast has sorted through, Channing Tatum wants his own spinoff of the new Ghostbusters, and he wants it to costar Guardians of the Galaxy’s Chris Pratt. That could be ridiculous, and a lot of fun.

In an email to the Sony brass, the Magic Mike star said:

You certainly have to give him points for enthusiasm, but apparently he’s not the only one, as the Russo Brothers, Joe and Anthony, the duo that directed Captain America: The Winter Soldier, are also into this idea. Hannah Minghella, the co-president of production for Columbia Pictures, a subsidiary of Sony, laid out the idea in another email. She writes:

So… in a curious turn of events—the Russos and Channing want to develop Ghostbusters as a vehicle for Channing and Chris Pratt to do together. The Russos, Channing and Reid have been brainstorming ideas and want to create a whole new mythology that would support multiple movies (the way that Nolan reinvented Batman). To be clear—the Russos want to produce (not direct) and while Channing and Chris are looking for a movie to do together they haven’t mentioned this to him yet because they weren’t sure how we’d react. They want to make it simultaneously super scary while also super funny. They love the idea that they are mortal heroes who are believers in the paranormal and the only people who can defend mankind from a paranormal threat. I know we’re mid negotiations with Paul [Feig]. I’m not sure whether we’d ever develop two different versions simultaneously. Joe Russo is open to the idea that both movies could be developed in partnership so they compliment one another within the same Ghostbusters universe. Apparently the Russos are very close to Paul and Joe suggested Paul could be attached to direct both. Personally I think it’s possible for the female version to co-exist with this other version so maybe they’re not. You have to love the idea of making the film funny and scary at the same time, but honestly, if it wasn’t for the names connected to this, it would probably sound like a complete and total train wreck. I don’t think this ever had a chance to actually happen, but it would be hard as hell to get these schedules in line. Tatum and Pratt are two busy young actors with tons of projects in the works, and the Russos have directing duties on Captain America: Civil War, as well as parts 1 and 2 of The Avengers: Infinity Wars, coming up, so they’ve got a full plate of their own. But Tatum reportedly isn’t the only major male star who ain’t afraid of no ghosts, as Ryan Gosling is also said to have some interest in Ghostbusters. It’s been said that there’s only one significant male role in Feig’s movie, and the Drive star might be the one to fill it. As you probably guessed, this comes from the glut of leaked emails, but apparently Gosling met with Sony co-chair Amy Pascal, and the two hit it off. According to Gosling’s manager, the topic of conversation was in fact Ghostbusters. That could be an interesting pairing. Gosling is a fantastic actor, but he’s definitely more known for his dramatic roles than his comedy chops. Still, we’d watch that.

Who knows if this, any of this, will come to pass, but one thing is certain, this Ghostbusters reboot has the attention of a great number of people in Hollywood. And that makes sense, these are actors who all likely grew up on the original and have a deep love for the material. It’s probably like getting to be in a Star Wars movie or, for Pratt anyway, a Jurassic Park film. 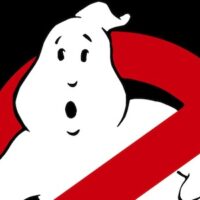 The Ghostbusters Universe Is About To Expand Like Never Before, Details Here 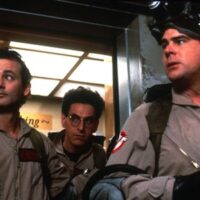 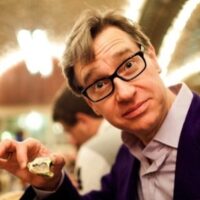 Ghostbusters 3 Eyes Director Paul Feig, Could Be An All Female Reboot