Ghostbusters Gets A 30th Anniversary Theatrical Re-Release And Blu-ray 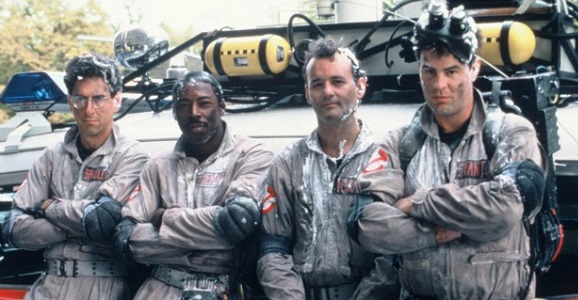 When it comes to goblins, ghouls, and 30th anniversaries, the Ghostbusters don’t muck around. We’ve already been ectoplasming our pants over the Cuusoo-created LEGO set and the plethora of fan art marking Ghostbusters‘ 1984 release, but we now have the perfect way for (almost) everyone to celebrate the occasion. Sony Pictures has announced they’re bringing the film back to select theaters this summer, followed by the release of yet another special edition Blu-ray set with all new bonus features. As you can imagine, Bill Murray has nothing to do with it.

To celebrate Labor Day weekend, Sony is putting the film into 700 theaters across the U.S. and Canada, starting on Friday, August 29. That’s a wide selection of venues, so there’s a good ghost of a chance it’ll hit a city near you. As you can imagine, this copy of the film has been completely remastered in 4K, so it’ll be the best looking Ghostbusters you’ve ever seen in your life. Many of our younger readers have probably never seen this fearsome foursome on the big screen, and there’s no better time than now. Keep an eye out on the new website for specific theaters and ticket pre-orders. (There are also some pretty sweet collectibles and clothes on the site as well.)

For those who’d prefer the Ghostbusters experience at home, look for the new Blu-ray set (or separately-sold copies) to hit stores on September 16. Both Ghostbusters and Ghostbusters II will carry over the features from the Legacy editions, but in addition to that, the first film boasts “Who You Gonna Call: A Ghostbusters Retrospective—Roundtable Discussion with Director Ivan Reitman and Dan Aykroyd,” while the sequel discussion is called “Time is But a Window: Ghostbusters II and Beyond.” I bet Harold Ramis would have been a part of these if he were still alive. Hopefully these will be interesting and fun, as they’re the main reasons why anyone will pony up the money to buy these flicks all over again.

Other than the talks, the new content on the original pic includes a poster gallery taken from the Gallery 1988 exhibition, and the Ray Parker Jr. “Ghostbusters” music video. Ghostbusters II also has a music video—Bobby Brown’s “On Our Own”—as well as a set of deleted scenes. Check out what the set looks like below, including the limited edition Slimer figurine. 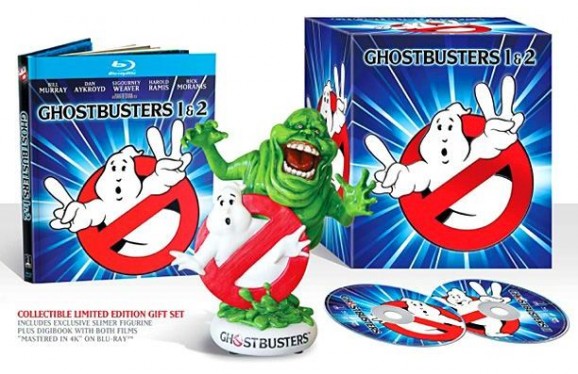 And if you ain’t afraid of no infographics, check out the amazing retrospective from designer Mike Seiders.