Maybe you’ve seen some of the commercials for Star Wars: Kinect and thought… “oh hey that looks kind of cool.” The game, in theory lets you learn to be a Jedi and in a very cool twist, actually tracks your real hand motions as you do things like simulate swinging around a lightsaber.

That sounds pretty good and all until you realize it’s actually just a buildup to a Star Wars dance off.

Worse, they made Harrison Ford play it and pretend to like it.

In the following, miserable and depressing video, you’ll see two humiliations happening. In one humiliation the character of Han Solo is in the video game dancing and making a complete jerk out of himself. In the other humiliation, the actor who played Han Solo is forced to make his character dance and in the process looks like someone’s doddering old grandpa.

I don’t recommend watching this…

Ok technically this is a parody video. The Han Solo dance footage is entirely real and this garbage really does exist in Star Wars Kinect. That’s miserable and humiliating enough. But the footage of Harrison Ford playing and liking the game is actually inserted after the fact by the sneaks over at Topless Robot. Harrison didn’t actually play the game.

But even without the footage of Harrison inserted, this is pretty horrible. Every time I say this, I think it’ll be true. But really, it can’t possibly get any worse than this for Star Wars, can it? 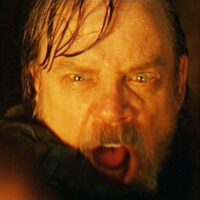