George Lucas Really Has Retired, Kathleen Kennedy Is In Charge Of Star Wars

Last week George Lucas talked about his desire to retire and make experimental films in his garage. No one took him seriously because, well, he’s been saying this for decades and nothing ever actually comes of it. This time though, he was serious.

Lucasfilm has just sent out a press release announcing George’s replacement. Kathleen Kennedy will become the new co-chair of Lucasfilm, taking over all the day to day activities of running the company that used to land in George Lucas’s inbox. Lucas will continue on as CEO but it sounds like Kennedy will be the one really running the company as George moves forward with his retirement plans.

59-year-old Kennedy has worked with both George Lucas and Steven Spielberg for a long time. In 2007 she was ranked as #31 on Entertainment Weekly’s list of the 50 smartest people in Hollywood. She’s served as a producer on such films as E.T., Back to the Future, Innerspace, *batteries not included, Jurassic Park, every Indiana Jones except Raiders, and far, far more than I could ever list here. In other words, she probably knows what she’s doing.

It’s worth noting though that despite her involvement in almost every major project Steven Spielberg has ever directed, she’s never actually done any work on the Star Wars universe. Now she’s literally in charge of the entire galaxy far, far away. Depending on what you think of the direction Star Wars has taken in recent years, maybe that’s a good thing. 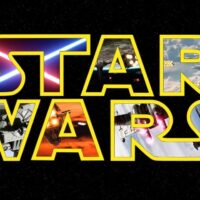