Futurama’s Latest Cancellation May Only Be A Temporary Affair, Here’s Why 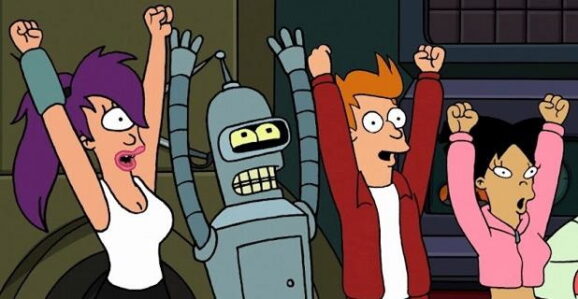 We live in a world where cancelled shows don’t always stay dead, at least not forever. After getting the axe at NBC, Community found new life online (or at least is finding new life at Yahoo), Netflix resurrected Arrested Development years after Fox gave it the heave ho, and somehow The Killing has returned from the grave multiple times. As sci-fi fans, we’re used to seeing beloved shows taken from us prematurely, that’s just kind of our unfortunate lot in life. It’s possible, however, that one of these shows could come back, and Futurama’s latest cancellation may only be a temporary affair.

As you’re already well aware, when the show left the airwaves in 2013, it was for the second time. Fox originally cancelled Matt Groening’s animated sci-fi comedy in 2003, only to see it brought back to life by Comedy Central in 2008. Katey Sagal, who lent her voice to the tough-as-nails, one-eyed pilot Turanga Leela, recently said that the rabid fans of the series could help find it another home. She didn’t say that there is anyone specifically interested, but she did indicate that it’s a possibility.

Talking to Zap2It, she said:

I find that show is so fan-driven that it makes sense that somebody should pick it up…[The cast] would totally be on board and I wouldn’t be surprised, you know? It’s a show that always kind of shows up again.

Futurama is the kind of show that has fans who will likely never stop advocating for a return, kind of like how there are still people holding onto hope that Firefly will come back. But there’s more than just rampant fandom in play, as the recent crossover with The Simpsons, Simpsorama, sparked some public interest. We’ll see if that catches and spreads, but it’s definitely something. 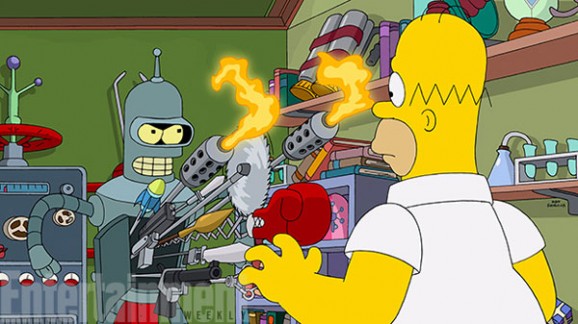 And Sagal isn’t the only member of the team who thinks Futurama might be primed for a comeback. John DiMaggio, who voices everyone’s favorite kleptomaniac, alcoholic robot Bender, said:

The last episode ended the way it did and totally left the door open for more things to happen. Whether it comes back to network television or goes to something like Netflix or something like that, who’s to say? All I know is that the cast would be ready to do it at the drop of a hat.

Often when a show comes back from cancellation, it’s missing some key parts. Community is going to soldier on without a couple of pieces in place, and Arrested Development had scheduling conflicts, which is a big part of why the newest season is oddly structured and it takes a while to get everyone in the same room together. But having the entire cast back together, and it sounds like they’re all on board, is a nice bonus, and would make this feel like actual Futurama rather than a hollow shadow of its former self.

Even as enthusiastic as Sagal and DiMaggio are, just because the cast is interested, doesn’t mean this is going to happen. Animation is expensive, and even as commonplace as this sort of thing is these days, Futurama returning still sounds like a long shot. Are you down for more adventures with the Planet Express team?