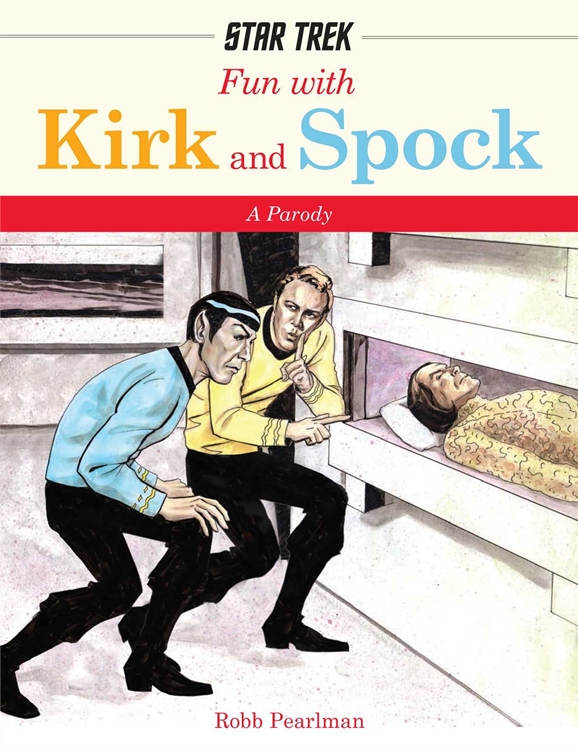 Are kids still using the Dick and Jane books to learn to read? You know the ones. “See Dick. See Jane. Jane has been bitten by a zombie. Flee, Dick, flee!” Except without the zombies part. The Dick and Jane books were created by William S. Gray and Zerna Sharp back in the 1930s, and they’ve been a staple of many a young kiddo’s early education in the decades since. Not surprisingly, they’ve also been the subject of many parodies over the years, but this one may be our favorite: Fun with Kirk and Spock.

Fun with Kirk and Spock is the brainchild of Robb Pearlman, who says he “never heard a doomed red-shirt joke I didn’t like.” He’s taken the simple language and familiar cadence of the Dick and Jane books and applied it to the Original Series crew of the USS Enterprise. He’s the author of several other lighthearted books, including 101 Ways to Kill a Zombie, Nerd Haiku, and Spoiler Alert: Bruce Willis Is Dead And 399 More Endings From Movies, TV, Books, And Life. 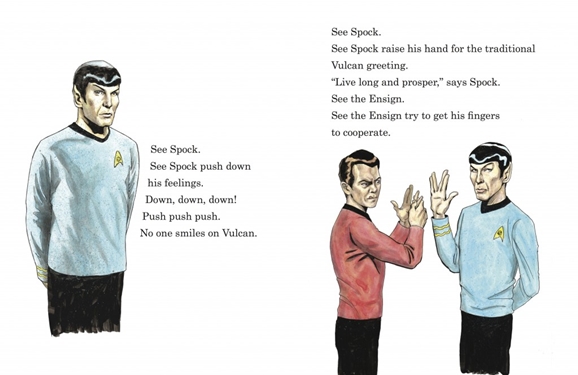 Pearlman told The Washington Post that his goal was to:

…distill the characters, and some of the episodes and situations, into stories that could be short and to the point — just like the Dick and Jane stories — while still maintaining the sense of fun found in each. As a fan, it was important to me to celebrate and honor the original series, so the humor had to come naturally. 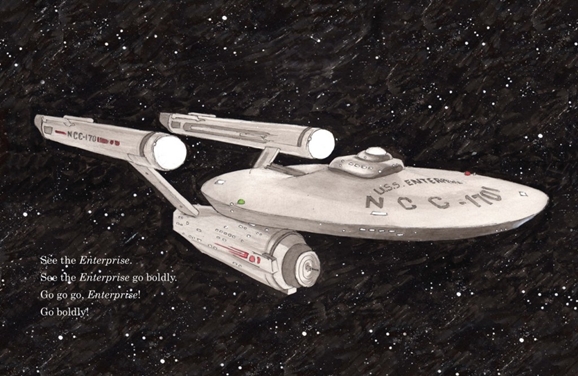 Hence you get things like the image from the cover up top, of Kirk and Spock tiptoeing so they don’t awaken the sleeping Khan. Think how much trouble that would have saved! Sleep, Khan, sleep!

I love this little foray into the Mirror Universe. Clearly if Kirk is refusing the advances of a woman, we must be in the darkest timeline… 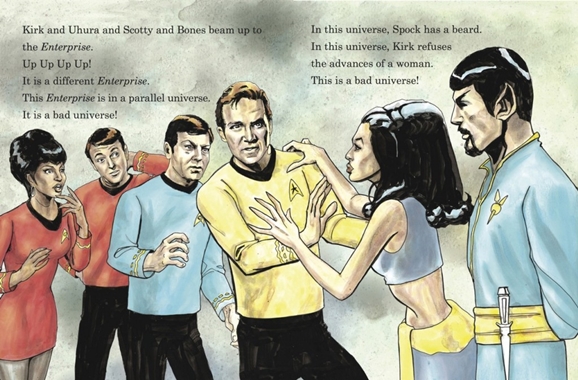 I also chuckled at Pearlman’s explanation of why the episode “Errand of Mercy” lent itself particularly well to what he was trying to do. If you recall, that’s the one where the Klingons and the Federation are at each other’s throats over the stubbornly peaceful world of Organia. Pearlman told the Post:

Some people could see the episode and think it’s about countries invading other countries or the futility of violence, but what it came down to, for me, was the planet. This was basically a high-end real-estate battle, and everyone knows the three most important things in real estate are ‘location, location, location.’ Lucky for me that repetition worked perfectly within the context of the book.

You can purchase a copy of Fun with Kirk and Spock on Amazon. 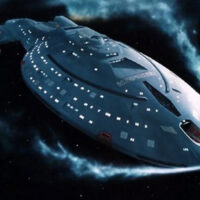