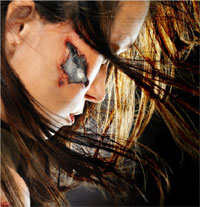 Now that season two of Terminator: The Sarah Connor Chronicles is filming and confirmed for a September 8th return to television, Fox has started planning to roll out the red carpet for one of last season’s few successful new shows. Their plan is to get anyone who might have missed it the first time around, by rebooting everything.

In a press release issued today, Fox Television announced that they’ll be re-airing all of Sarah Connor season 1 in the month leading up to the premiere of season 2. The replay of the show kicks off Sunday, August 10th. Here’s their full announcement:

TERMINATOR: THE SARAH CONNOR CHRONICLES reveals what happens when Sarah (Lena Headey) stops running and goes on the offensive against an ever-evolving technological enemy bent on destroying her life, and perhaps the world. Her son, 16-year-old John Connor (Thomas Dekker), is only now taking steps towards embracing his destiny as the future savior of mankind. John finds himself caught between his fearless protector, the sexy but sweet cyborg CAMERON (Summer Glau), and his uncle DEREK REESE (Brian Austin Green) who refuses to accept Cameron as an ally. Former FBI agent JAMES ELLISON (Richard T. Jones) has been transformed into a believer. Accepting Sarah’s reality that “no one is ever safe,” he’s now bent on figuring out his role in this ever-evolving fate.

The T:SCC marathon will feature the following episodes in original air order:

In the series premiere, Sarah Connor struggles to keep her son John Connor safe from an enemy Terminator from the future and John makes a surprising discovery about his new friend Cameron.

Sarah makes contact with an old friend to ask a favor, while John decides to pay a visit to Sarah’s ex and Cameron makes a new friend. Together they infiltrate a resistance safe house and discover they are not alone.

Sarah pays a visit to Miles Dyson’s widow looking for Skynet’s creators. Her search leads her to Andy Goode, a cell phone salesman who also happens to also be the inventor of a chess playing computer known as “The Turk.”

When Sarah, Cameron and John track down stolen cargo, they become separated from John leading him to discover the future isn’t as safe as he had hoped.

When Sarah’s friend submits his computer into a chess competition, she revaluates his computer’s capabilities and worries where it could all lead. During the chess match, Sarah comes face-to-face with a stranger whose history is closely tied to hers.

While fighting for his life and moving in and out of consciousness, Derek Reese remembers life in the future and his personal battle against the machines.

When Sarah breaks into Agent Ellison’s apartment looking for a missing endo-arm, she discovers dossiers, files and video from her stay in the mental hospital. The files lead her to hospital psychiatrist Dr. Silberman, a doomsday convert who made Sarah’s hospital stay unbearable.

John defends Cameron against a damning accusation by Derek while Sarah gets too close to a Terminator.

Sarah and Derek attempt a business transaction with a questionable man, while John and Cameron find themselves in a precarious situation during a school trip. Meanwhile, Agent Ellison discovers a nemesis at the agency.