Explore H.R. Giger’s Twisted World In This Trailer For The Documentary Dark Star

Swiss surrealist H.R. Giger is best known to the majority of us for creating one of the most harrowing, terrifying movie monsters of all time, the xenomorphs from Ridley Scott’s 1979 sci-fi horror classic Alien. Sadly, he passed away earlier this year, back in May, but a new documentary seeks to examine his life and work, which is every bit as strange and interesting as you might expect. The first trailer for Dark Star: H.R. Giger’s World has arrived, and you can check it out for yourself here.

Directed by Belinda Sallin, Dark World looks at the man behind the macabre, sexually charged artwork. The film peeks into the self-contained world he lived in, where he placed himself at the center, leaving everyone and everything else to revolve around him, which is where the Dark Star portion of the title originates. Only a few of his closest friends and underlings were allowed into this shadowy world he created for himself, and even then it wasn’t easy to navigate, but whereas he was once considered fringe, he has become recognized for his genius and contribution to the art world.

Here’s some of what the website says about the film and the man and his work:

The extent to which Giger stands between the genres manifests itself within the art world. Due to his depth-psychological, unsettling motifs he’s automatically placed in the categories of Surrealism and Fantastic Realism, yet his proximity to pop culture is undeniable – he always made use of its tools such as film, comics, advertising and design – and undermined it with his pessimism.

He turned advertising-consumer-department store aesthetics on its head, transforming it into its antithesis. Giger’s messages are apocalyptic and mysterious. They stand in direct contradiction to the megalomaniacal fantasies of our era, and his monsters ultimately force us to take a good look in the mirror. 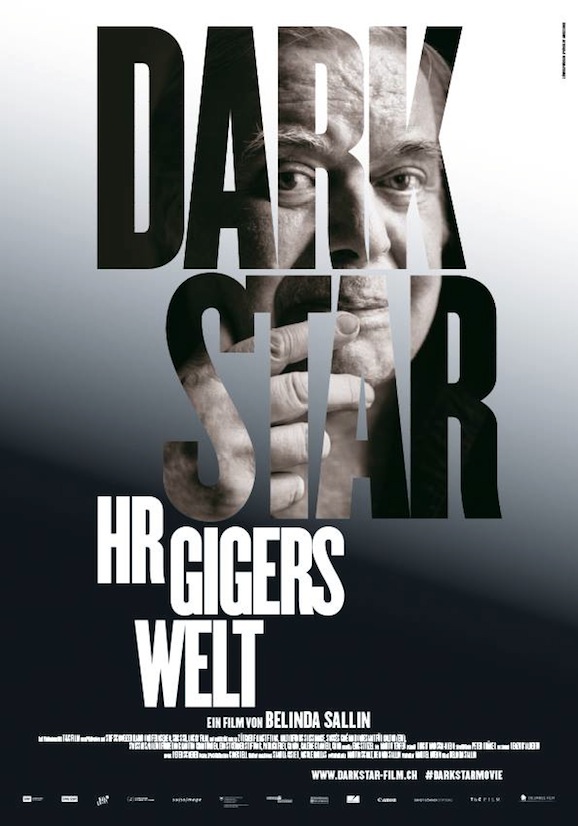 Even the images of his home and garden are the stuff of waking nightmares, surrounded as he is by his twisted, chaotic creations. While they may be strange and bizarre to most of us, they’re comforting and the norm for Giger. This is where he belongs. You have to love that, in the midst of all of the warped, misshapen art that adorns his house, the Oscar he won for Alien is just hanging out in the middle of it all. Check out the gallery below for even more images of his home and the surrounding garden where he lived (there are even more HERE), and think for a second about decorating your own living space in such a manner. It’s safe to say you won’t have many neighborhood kids playing in your yard with a set up like that.

Dark Star: H.R. Giger’s World is now playing in Switzerland, though there is no word on distribution in the U.S. or other territories, but we’ll let you know more if we hear anything.