Europa Report Clip Takes You On A Spacewalk

In a year heavy with science fiction films — we’ve already seen Oblivion, After Earth, and Star Trek Into Darkness come through theaters, with Pacific Rim, Elysium, Riddick, and more still to come — Europa Report is something of an anomaly. We’re not going to have to buy advance tickets or camp out. This isn’t going to break any opening weekend records. We’re not going to talk about box office results, or any of that superfluous nonsense. Hell, we’ll get to watch Europa Report in our living rooms before we can see it in theaters.

Europa Report is a sci-fi movie that doesn’t rely on huge budgets, effects, and action; that does a lot with what it has, and takes a more low-key, cerebral approach. (Rudie says it’s good, and he likes good things.) All of this is on full display in a new clip from the film’s Facebook page.

The story of Europa Report centers around a present-day, privately funded mission to explore the possibilities of alien life in our galaxy. First stop, Jupiter’s fourth-largest moon, Europa. After the crew begins exploring the surface, technical problems arise that make it difficult to remain in contact with Earth. Directed by Sebastián Cordero, from a script by Philip Gelatt, the production worked closely with NASA, JPL, and SpaceX, among others, in order to present a film that is as accurate as possible. 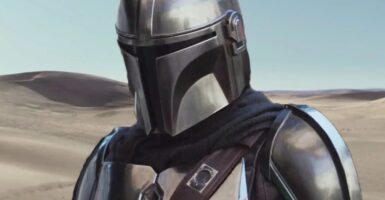